A police officer who was drunk has been accused of assaulting a sales manager for blaring his horn. 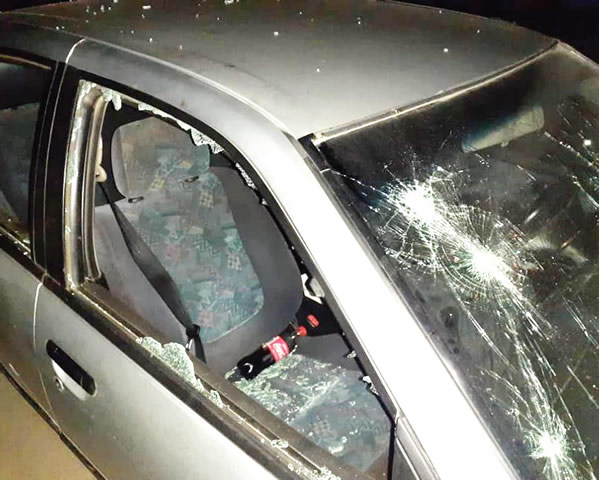 According to a report by Punch Metro, a sales manager with a pharmaceutical company, Gideon Adewunmi, has yet to recover from the torture he was subjected to by a policeman, Andy Amama, in the 8 Miles area of Calabar, Cross River State, for allegedly blaring his vehicle’s horn.

It was learnt that last week Saturday around 8pm, Adewunmi and his colleague were coming from Ogoja when they were accosted by Amama, who alleged that they dared to blare the horn at him while they were passing by him.

It was gathered that Amama, who is serving at the Zone 6 Police Command in Calabar, swerved towards Adewunmi, who blared the horn to avoid an accident, a decision that annoyed the cop.

Adewunmi told Punch Metro that instead of Amama to apologise to him, he assaulted him and damaged his vehicle.

He said, “I had already overtaken a Toyota Camry with tinted glasses when I noticed that it was swerving towards my lane and the only thing I could do was to move towards the culvert to avoid an accident and I had to blare the horn to nudge the driver to move away, but he was not disturbed with the fact that I blared the horn. It was just a case of if I hit you nothing will happen to me.

“He hit my vehicle by the driver’s side and when I was able to move forward, I had to come down to check the level of damage done to the car and while I was still checking, the driver of the Toyota vehicle drove in a commando-style and blocked the road. He came to meet me and before I could say anything, he started beating and kicking me with his legs, but while I was trying to use my hand to block my face because he was aiming at kicking me on my face, he said I had the audacity to blare the horn at him.

“He went back to his car and brought out a gun and aimed it at me and when I saw that, I had to run to the back of my vehicle, he fired the shot but the bullet missed me. While all this was going on, I noticed that he was drunk.

“He dragged me towards his vehicle and continued to beat me; residents came around and started begging him, but he refused and threatened to beat an elderly man, who came to beg him, and he started shooting indiscriminately in the air. I had to summon the strength to run away in order not to be hit by bullets. Everybody had to run, including shop owners by the roadside.

“Amama used his gun to break my vehicle’s windscreen and windows before driving off. When I noticed that he had gone, I came to my vehicle with my colleague and we tried to get a tow vehicle because he had collected my car key at gunpoint and while we were still waiting for the vehicle, he came back with some policemen and told them to arrest me, I was arrested and taken to the Ikpai Omni Police Station.”

Adewunmi added that when they got to the police station, Amama lied against him that he dented his car and mobilised thugs to beat him, adding that he urged the police to charge him for assault and damage to his property.

When PUNCH Metro contacted the Zone 6 Police Public Relations Officer, Oyom Abeng, last week Tuesday, he urged our correspondent to call him back the following day and when he was called again, he said he was driving and would call back.

However, subsequent calls and text messages sent to him were not picked or replied.

The victim, Adewunmi, told our correspondent that he was contacted by the police on Wednesday after reporting online through the Police Complaint Response Unit, adding that he was told that the matter would be investigated.