A Nigerian man who wandered the streets as a homeless teenager has shot himself to grace earning a staggering N207,575,000 contract with NFL team. 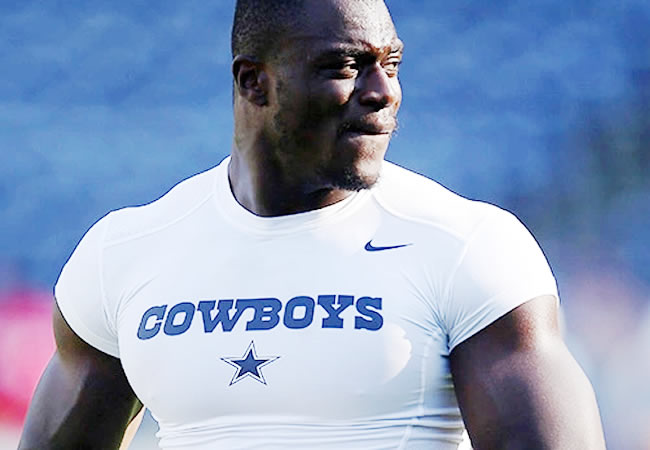 Efe Obada
The story of Efe Obada who was once homeless after being trafficked abroad is one that will give anyone great hope after he rose from the ashes to become one of the most sought after NFL player today.
A refugee from Nigeria, he was reportedly trafficked from the Netherlands to the United Kingdom at the age of 10.
He was left homeless and then placed into foster care in Lambeth. In foster care, he bounced from one home to another.
Obada, now 27, didn’t pick up a football until his early 20s, let alone play college ball like most NFL draft prospects. At the age of 22, when he was working in a North London warehouse, a friend recommended that the 6ft 6in Obada try the British American football team, the London Warriors’ training session. He was scouted shortly after, and the rest is history, Brixtonblog has narrated.
According to the NBC, the coaching squad was immediately impressed with his speed, especially considering his 6-foot-6-inch frame. One coach, who had been an intern with the Dallas Cowboys, flagged Obada to his former team and recommended they offer him a tryout.
After just five games of experience with the Warriors, the Cowboys signed Obada to its practice squad in 2015.
He was sent from Dallas to the Kansas City Chiefs to the Atlanta Falcons before finally landing in Carolina in 2017.
After years on the sidelines, Obada played in his first NFL game last season as a Carolina Panther — and he seized the opportunity. Playing defensive end, he posted a sack and an interception in his debut game. His performance earned him the game ball from head coach Ron Rivera and the distinction of being named NFC Defensive Player of the Week.
His story is far from complete: Obada needs to prove his ability on the field in order “to extend his work visa beyond the one year, $570,000 contract he signed with Carolina in January. If he doesn’t get re-signed or find another opportunity, he will have to move back to London,” UK Mirror reports, quoting the ESPN.
The stakes are high — but for Obada, it fuels the fire. “He practices 100 miles per hour,” Rivera said.
As Obada put it: “I go hard every time.”
On Sunday (today), the Carolina Panthers will play the division-rival Tampa Bay Buccaneers at Tottenham Hotspur Stadium in London. Kick off is set for 9:30 a.m. ET.
For the 27-year-old Brit, Sunday’s meeting with the Tampa Bay Buccaneers at Tottenham Hotspur Stadium will mark the first time he has played on UK soil as an NFL player and takes him back to the place where his football journey started.
Although he has visited his hometown several times since making his NFL debut last year, it is easy to see how much this particular trip means to him as he looks around visibly struggling to express his emotions, Mirror has reported.
Despite being new to the game, it didn’t take long for the 6ft 6 defensive lineman to make an impression and for those at the Warriors to see that he possessed many of the qualities needed to play at a higher level, such as the hunger and the eagerness to improve.
“When we got the kit on him and got him into practice, his speed was just silly for a guy that size,” says Simon Buckett, who was the team’s special teams coordinator and defensive backs coach at the time. “I haven’t seen anyone come to the Warriors before or since with that size and that kind of speed.” Buckett said.
One of the biggest sources of support for Obada at the Warriors both on and off the field was then-defensive coordinator Aden Durde, who made an early impression by giving him a pair of cleats.
“Just having Aden invest himself and his time – taking time out of his family and investing in someone he didn’t really know – was amazing,” Obada says.
“I’ve never had any role models, any male figures investing time in me, and that was very impactful, so I stuck it through.
“He sold me a dream. At the time, there was no other opportunities for the NFL. It was just solely ‘Okay – you want to play American Football – let’s train and let’s try and get you better,’ and I bought into it.”
It was also Durde who helped Obada get his first break, Mirror noted.
Top Stories