Brazil Vs Nigeria: Francis Uzoho Speaks After His Horrible Injury


The 20-year-old goalkeeper was unable to finish the match against Brazil as he sustained an injury and was replaced with Maduka Okoye. 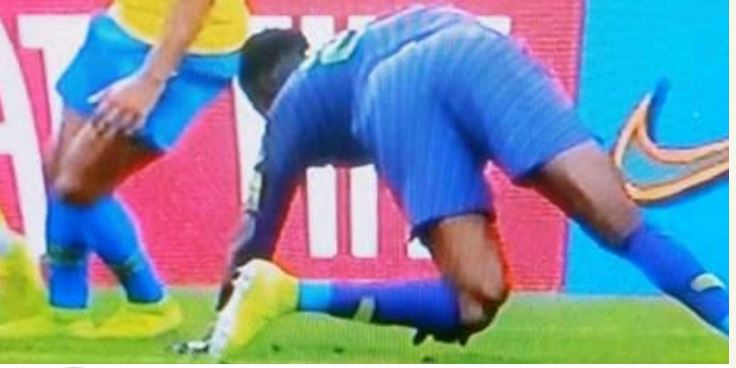 Brazil vs Nigeria's international friendly match ended 1-1 on Sunday, October 13 , Goalkeeper Francis Uzoho got injured in the encounter and was replaced with Okoye.

Uzoho has now promised to be back in action soon and stronger Super Eagles goalkeeper Francis Uzoho has told Nigerians and all his fans that he will be back stronger after sustaining an injury against Brazil in an international friendly match.

Uzoho was superb for Nigeria in the match that ended 1-1 on Sunday, October 13, in Singapore as he denied the likes of Roberto Firmino and Arthur.

The 20-year-old goalkeeper was unable to finish the match against Brazil as he sustained an injury and was replaced with Maduka Okoye.

Although, it has not been confirmed how long it will take Francis Uzoho on the sideline, but he has confirmed that he will back stronger.

There are fears that the Deportivo de La Coruna stopper could miss many games due to his latest injury against Brazil.

''A big thank you to you all and I will be back stronger and better in Christ alone,'' 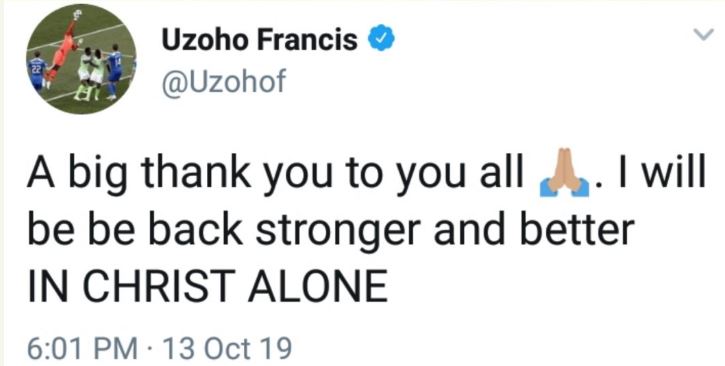