How Nigerian Striker Saved Barcelona From Defeat In Spanish League


Nigerian international and striker of Spanish giants, Asisat Oshoala has continued to impress for her club after rescuing them from defeat. 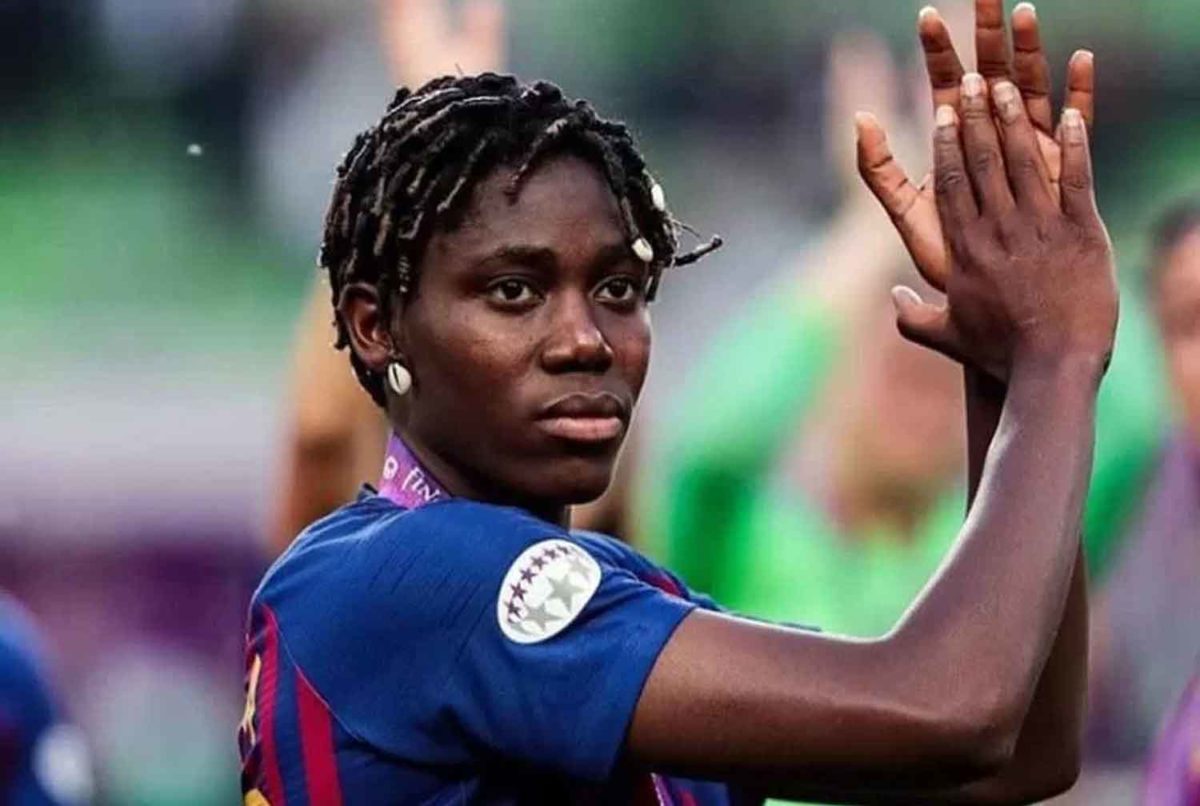 Asisat Oshoala
Super Falcons striker Asisat Oshoala scored the winner for Barcelona ladies in Sunday’s 1-0 victory over Sporting de Huelva in Spanish Primera Iberdrola game.
The Falcons Captain’s effort helped the Catalans to their fourth win of the season which will serve as a morale booster ahead of the Champions League meeting with Juventus.
Oshoala, however, wasted no time to forget about Nigeria’s failure to qualify for Tokyo 2020 Olympic games to seal the three points for the Lluís Cortés’side.
Asisat has now scored four goals in five league matches this season for Barcelona this season.
The win helped Barcelona back to the top of the log on goal difference with 13 points from five matches.
-NAN
Top Stories