There are fresh rumours that Simi might be pregnant, but the beautiful singer might be playing it down. 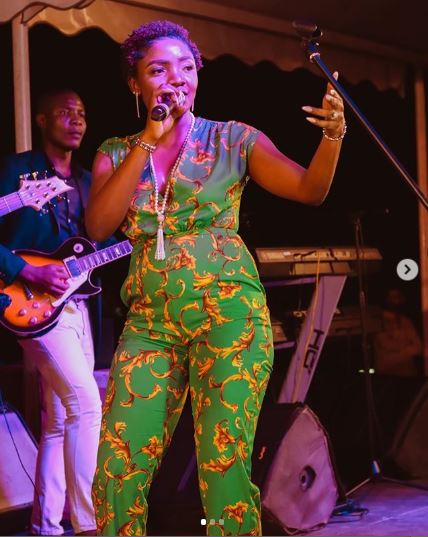 Lets get it straight, Simi doesn't have a flat tummy like many other women.

When she performed at the Big Brother Naija eviction show last year, many felt she was pregnant but it later ended up to be an issue of belly fat.

A recent public performance by Simi has fueled fresh rumours of pregnancy again considering the fact that she is now married to her industry colleague, Adekunle Gold.

Simi who anticipated the rumours has denied being pregnant by posting the caption below;

"When you suck belle, but belle don't suck you back; can two work together except they agree? #GermanEmbassy" 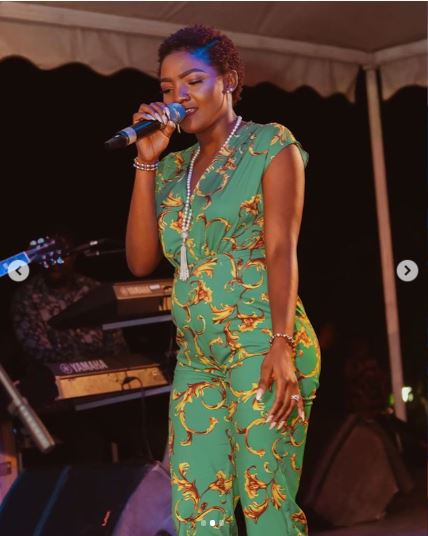 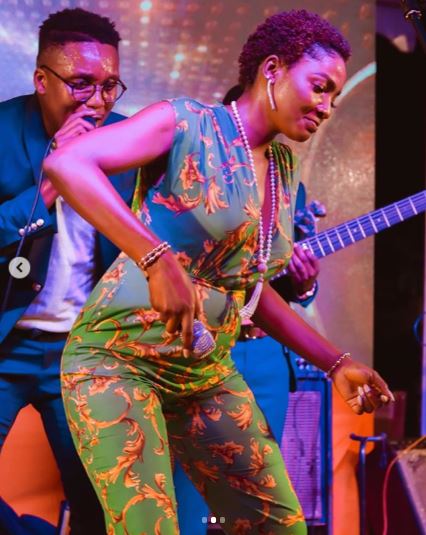 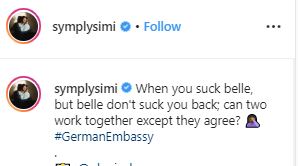