A Cobra which is more than four metres long and weighs 15 kilos,33 pounds was pulled from a sewer in southern Thailand. 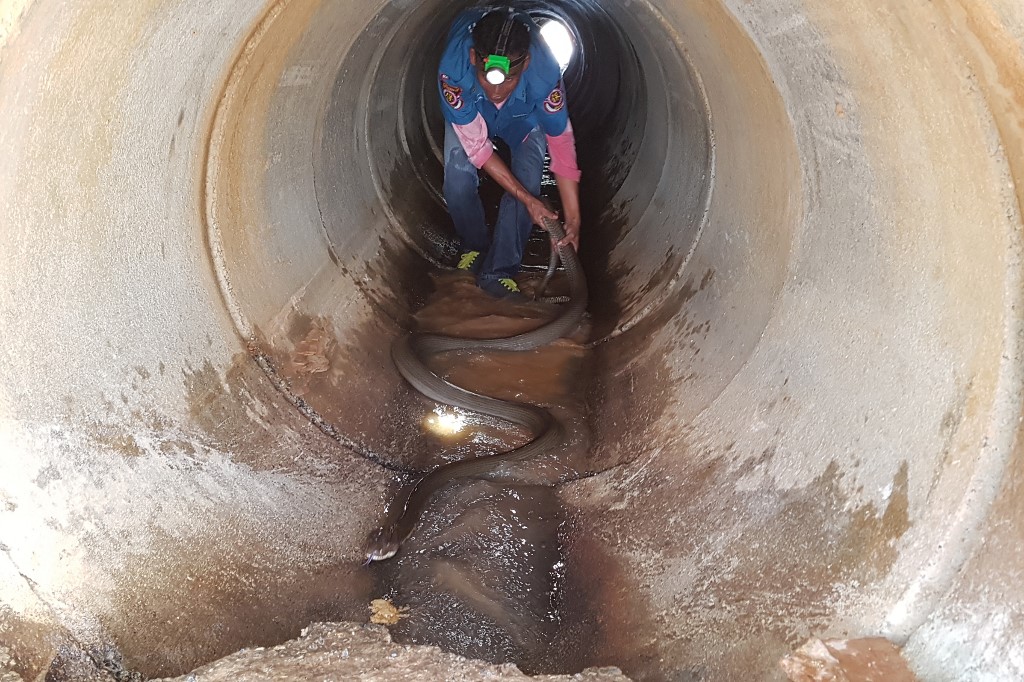 A feisty four-metre (13-foot) king cobra was pulled from a sewer in southern Thailand in an hour-long operation, a rescue foundation said Tuesday, describing the reptile as one of the largest they had ever captured.

Footage of the daring capture showed a man chasing the cobra — the world’s longest venomous snake — into a dark and cramped drainage pipe.

The cobra splashed around in water and tried to slither back into the pipe, but was pulled out by the tail after multiple attempts. 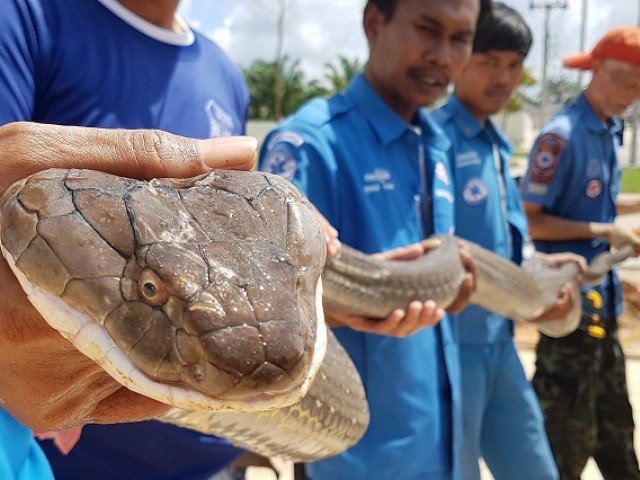 A security guard on the housing estate where it was found first alerted the rescue group on Sunday.
“Seven rescue workers, including me, went there,” said Kritkamon Kanghae, 26, adding that the estate was built on a plot that was once jungle.

Kritkamon said the snake was more than four metres long, weighed 15 kilos (33 pounds), and was the third-largest they had found.

It was later released into the wild.

Thailand is teeming with reptiles, and several species of cobra are native to the southeast Asian country. 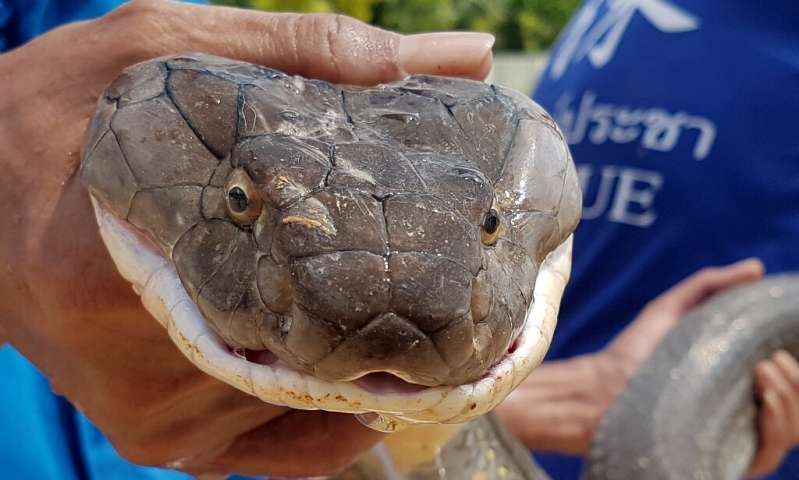 The main international airport was built on an area that used to be called “Cobra’s Swamp”.

Snakes have increasingly become a headache for residents in the Thai capital, where the fire department is sent out to respond to calls from alarmed residents.

Authorities are reluctant to get rid of the reptiles because they help to control a rat population that could otherwise threaten crops and food stocks.

King cobras, however, mainly feed on other snakes — particularly the rat snake.