94-year-old Ugandan man with more than 100 children has decided to add four more wives to the list of his over 19 spouses. 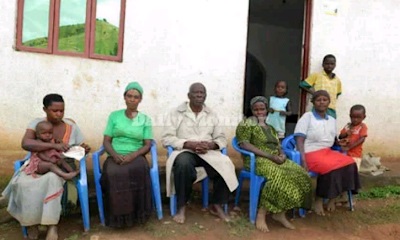 Nulu Ssemakula and his Wives


A 94-year-old Ugandan man with more than 100 children has decided to add four more wives to the list of his over 19 spouses.

Nulu Ssemakula from Ruyonza, one of the most polygamous villages in Uganda, said the move was in line with his desire to have a big family, which he claims translates to wealth.

In an interview with Uganda’s Daily Monitor, the nonagenarian indicated this is not the end as he still plans to marry more wives if he lives longer.

“I, unfortunately, lost four of my wives while others who needed more than I could afford, I let them go. But they left me with children; I will still marry more if I still have more years and even have more children. In children and wives, is where I find my pleasure.

"That is my true wealth,” said Ssemakula. 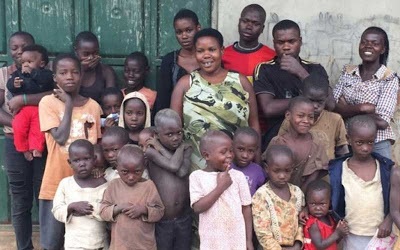 Currently, the elderly man lives with 66 of his children, with the youngest being 10-months-old while his youngest wife, 24, is expectant.

Ssemakula started Kiyombero Primary School in order to accommodate all his school-going children, grandchildren and great-grandchildren, according to Daily Monitor.

He also operates a coffee huller and a dairy milk cooling machine which earns him an income for the upkeep of his big family.

“We might be co-wives but we love and treat each other like sisters. This harmony in our marriage comes from our husband, whom we also treat as a father.

"None of us, I think cheats on him, he is more than 90 years but when he gets to you, he has the energy of a 30-year-old. He has no illness and he never complains of anything. He gives us everything we need,” Arinaitwe, one of the wives said.