Yemi Osinbajo, Bola Tinubu, Bukola Saraki and Bola Shagaya met at a birthday party in Lagos over the weekend. 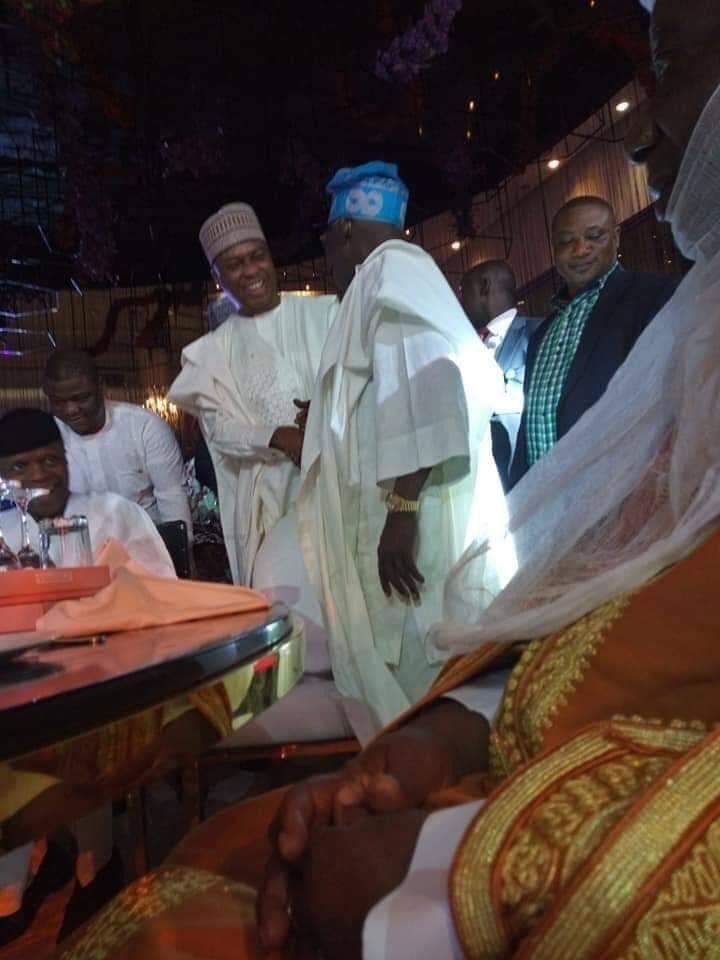 The trio of Vice President Yemi Osinbajo, National Leader of the All Progressives Congress, Bola Tinubu and former Senate President, Bukola Saraki met at a birthday party in Lagos over the weekend.

Photos from the event, which was the 60th birthday of businesswoman, Bola Shagaya had been shared several times on social media, with users putting their own spin on what the scene in the photos portends for the Nigerian political class.

In one of the photos, the wife of the former Senate President, Toyin Saraki was seen chatting with the APC national leader, while he (Saraki) looked on.
Vice President Osinbajo, who is an In-law to the birthday girl (Shagaya) was also seen in the photos.

In another photo, Saraki and Tinubu were seen holding hands as Saraki smiled in Tinubu’s face. 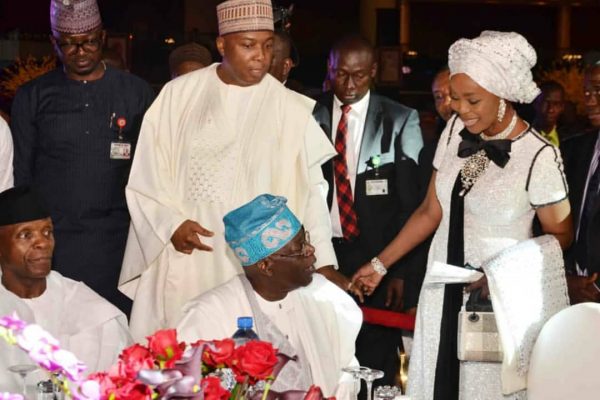