This 27-year old United Kingdom returnee has revealed how she spent over a decade sleeping with her blood brother.

She has been sleeping with her blood brother from the age of 16 and she claims to be in love with him despite having a boyfriend she wants to get married to.

That revelation seems shocking but the truth is that it's not the worst yet, she recently found out that her boyfriend is also sleeping with her brother.

Since she found out, her world has crashed as she is considering leaving both men. She wrote her story to a relationship blogger and adviser, Joro Olumofin and it was shared below: 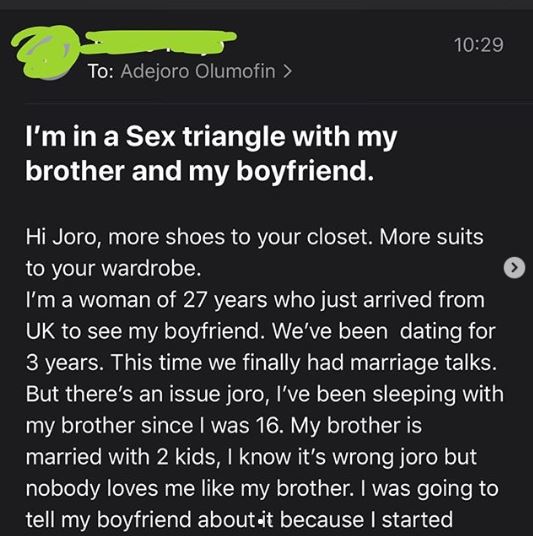