Lionel Messi has been presented with the sixth Golden Shoe of his football career, setting a new record. 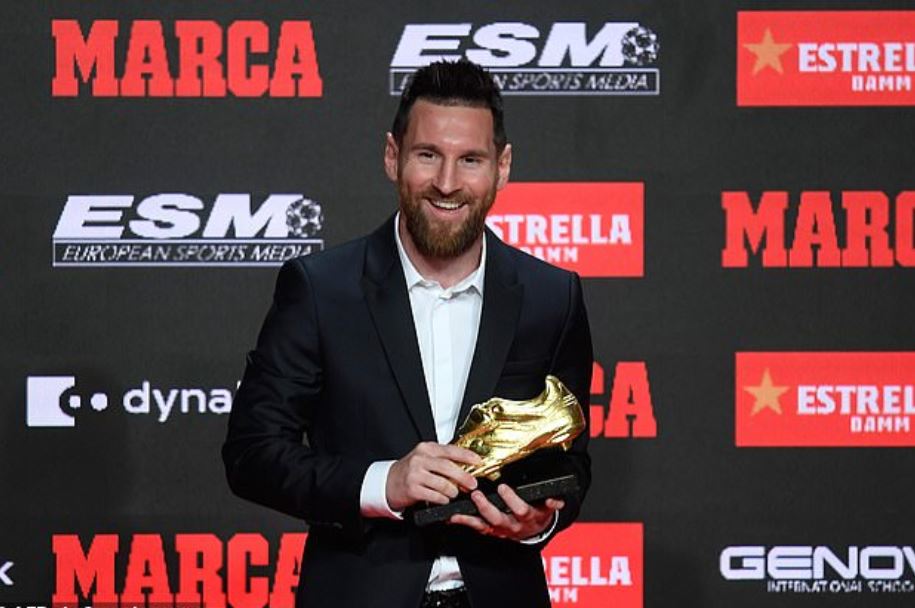 Lionel Messi with his Golden Shoe

Lionel Messi has been presented with his sixth Golden Shoe award after scoring the most league goals in Europe's top divisions last season.

The Barcelona star won the gong in May after bagging 36 league goals in the 2018-19 campaign.

Messi became the first player to win the accolade for three successive years after he beat Paris Saint-Germain's Kylian Mbappe by three goals.

The 32-year-old was joined on stage at the Antigua Fabrica Estrella Damm in Barcelona by his wife Antonella Roccuzzo and sons Thiago and Mateo and he also posed for photos alongside all six of his Golden Shoes. 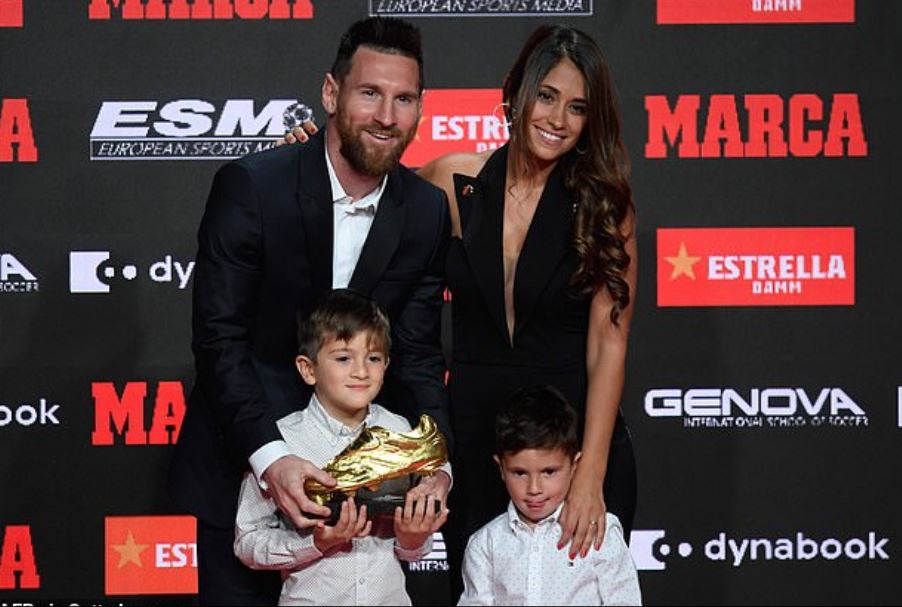 Lionel Messi with his family

Messi was given the prize for notching 34 goals the season before and was crowned the Golden Shoe winner for the 2016-17 campaign after scoring 37 goals.

The Argentina international claimed his first Golden Shoe award back in the 2009-10 season with 34 goals.

Messi collected his other two awards after scoring a whopping 50 goals in the 2011-12 campaign and 46 goals a season later.