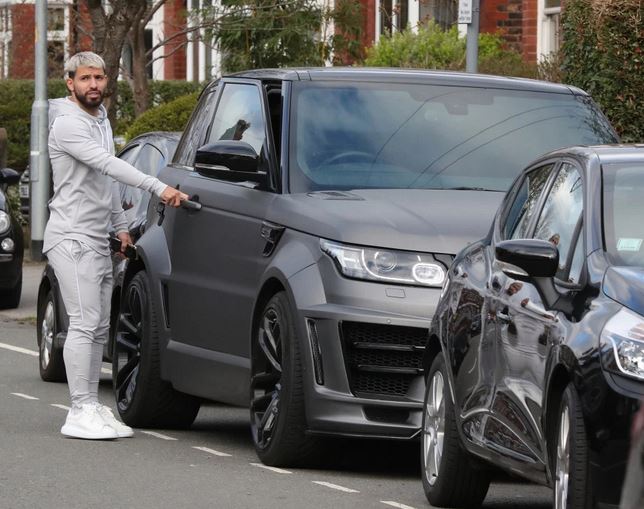 Aguero with his car before the crash

Manchester City star Sergio Aguero has been involved in a nasty car crash ahead of this weekend's clash with Crystal Palace.

Aguero's driver-side front wheel was bent back on itself with the bodywork badly damaged after the smash en route to Man City training.

The legendary striker - who already has league-high eight goals to his name this season - was not away on international duty during the fortnight off, instead staying in Manchester. 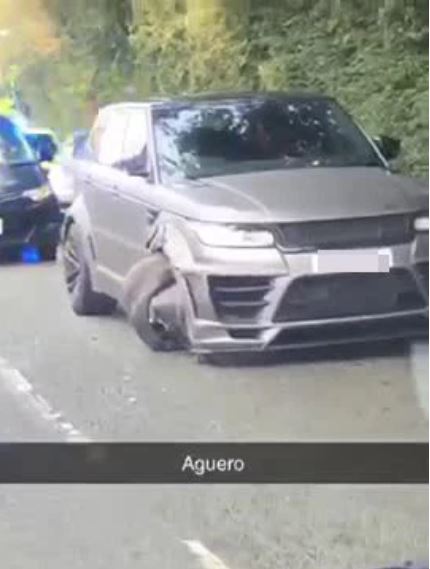 Aguero's car after the crash

Aguero has been training at the Etihad Campus during the two weeks away from club football - having sustained an injury preventing him from joining his country.

And he was on his way there this morning when the accident is said to have occurred, leaving his car in an ugly way.

This is not the first time Aguero has been involved in a dramatic car crash either.

Two years ago, the Man City star cheated death - left only with broken ribs - after the taxi he was travelling in ploughed into a lamppost in Amsterdam. 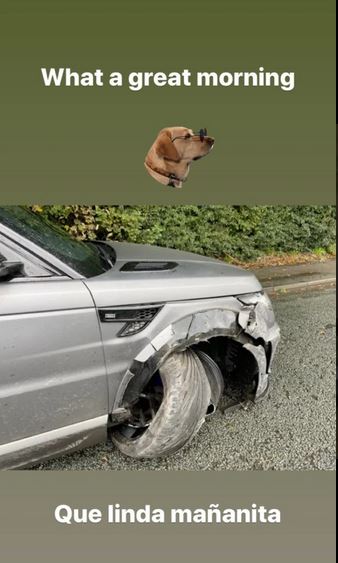 At the time, there were suggestions the Argentina star only escaped being killed in the accident because he was wearing a seat-belt.

Aguero had been making his way to the airport having watching Colombian musician Maluma live.

The ex-Atletico Madrid star was rumoured to be set to miss two months, but ultimately he missed just two matches - 14 days in total.

Aguero will now turn his attention to being fit for this weekend's clash with Crystal Palace.