Former Big Brother Naija housemate, Tacha has reacted to viral claims that she snubbed 2face Idibia in the BBNaija house. 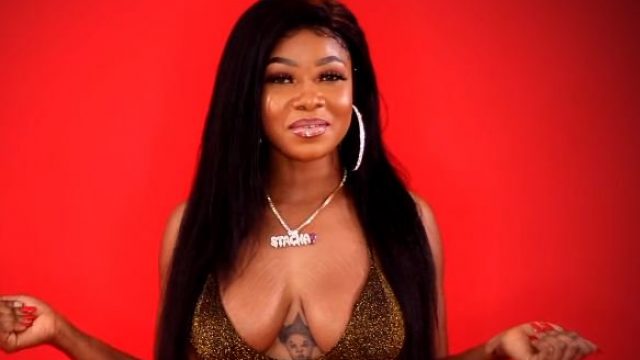 The Ex-BBnaija housemate, Anita Natacha Akide popularly known as Tacha was in an interview on Wednesday with OAP Dot2un and Kemi Smallz of Cool Fm Nigeria.

The controversial celebrity answered questions from the Mid-day Oasis gang on life inside, rumours and as well as feedback on events in and out of the Big Brother House.

The “no leave no transfer” vixen discussed issues she had with some celebrities who turn back on their promises to give her the cash prize N50 million. She claims to still be in good terms with Peter Okoye and Hauwa Mohammed aka Jaaruma.

When asked to explain she reportedly snubbed Nigerian iconic star, Tu-Baba, she said: ” I didn’t know it was him—I couldn’t have snubbed Tuface, I love him” she reiterated.

She also answered questions concerning the fight between herself and the BBNaija winner, Mercy.

However, she confirms that she is under new management with Teebillz and why she chose him. She claims that her dreams are aligned with that of her new manager.