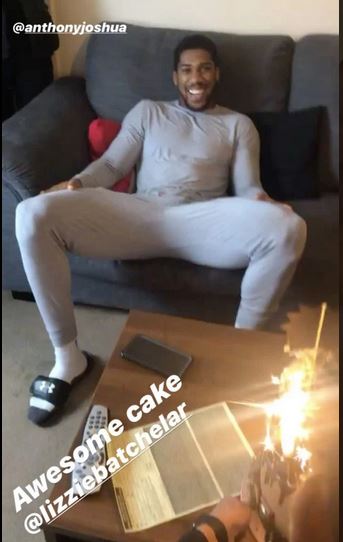 Anthony Joshua during the celebration

Anthony Joshua's 30th birthday celebrations were gatecrashed by drug testers - just as he was about to tuck into a massive chocolate cake.

The British star, 30, is gearing up for his rematch with Andy Ruiz Jr in Saudi Arabia on December 7.

Even when celebrating his big 3-0 he couldn't escape his pre-fight preparations, as his day was ruined by a surprise drug test.

In a video shared on social media, Joshua's pals can be seen bringing out a humongous cake - only for the doping testers to arrive.

Joshua was forced to give a blood sample - and probably didn't have any cake either.

The Watford boxer has massively trimmed down in recent weeks as he looks to become quicker and more mobile - shedding plenty of muscle mass in the process. 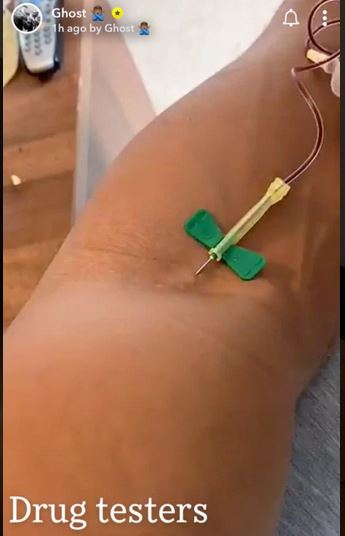 Joshua lost his first-ever professional fight to Ruiz in June, in one of the sport's biggest shocks - and is set to more than DOUBLE his net worth from the upcoming rematch.

And fans are thrilled that he looks "more like a boxer than a bodybuilder" now as he looks to exact revenge.

One fan said: "Joshua looks a lot better now he's shedded the weight. Like he just wanted to pose for Instagram before."

A fellow user wrote: "Yes AJ. The 2014/15 lean, mean, hook-wielding, uppercut-throwing machine is back by the looks of things."

Another commented: "Anthony Joshua cutting plenty of weight for his rematch with Andy Ruiz Jr is absolutely what's needed."

A fellow user posted: "AJ appears to have lost some muscle mass which is great, he was better when not as big."

Another wrote: "AJ was way too heavy for the first fight. This time he's already shaved all that muscle off. Light work this time, he's going to ruin Ruiz."