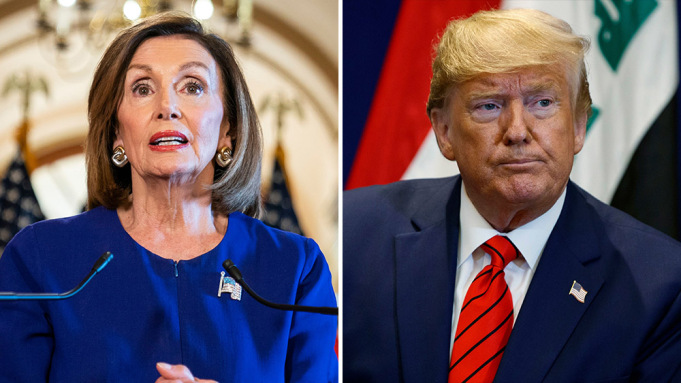 Trump tweeted a picture of the encounter Wednesday showing a standing Pelosi pointing at the president while he and everyone else in the room was seated, with the caption “Nervous Nancy’s unhinged meltdown!” 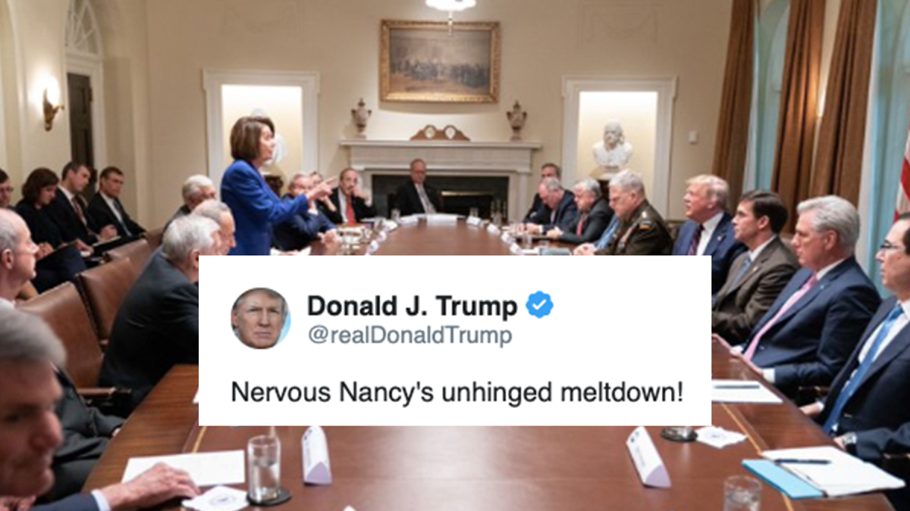 However, far from being upset at the picture, Pelosi posted it as her Twitter banner, and her supporters said it showed her literally standing up to Trump.

“Can a woman beat Donald Trump? Yes. Speaker Pelosi does it every day,” Democratic Senator Amy Klobuchar said as she retweeted the picture.

Others pointed out that several members of Trump’s cabinet looked as if they would rather be somewhere else.

“The men on your right reflect the embarrassment we all feel,” tweeted actress Mia Farrow.

Pelosi has previously gone viral with her apparent trolling of Trump, with her slow clapping of his last State of the Union speech becoming an instant meme.

After leaving the White House meeting, she told the press she prayed for the president and his family “all the time.”

“Now we have to pray for his health, because this was a very serious meltdown on the part of the president,” she said.

Hours later, Trump suggested Pelosi had mental problems of her own.

“Nancy Pelosi needs help fast! There is either something wrong with her ‘upstairs,’ or she just plain doesn’t like our great Country. She had a total meltdown in the White House today. It was very sad to watch. Pray for her, she is a very sick person!,” Trump tweeted.

One of the Democrats who attended the meeting, Senate Minority Leader Chuck Sumer, said Trump launched into a “nasty diatribe” against them, while Pelosi said the president experienced a “meltdown.”

Trump’s spokeswoman Stephanie Grisham rejected the Democratic version of events, saying the president had been “measured and decisive,” and that Pelosi walking out was “baffling but not surprising.”

The meeting was the first face-to-face encounter between Trump and Pelosi since her explosive September 24 statement announcing a formal impeachment inquiry.