The entire zoo road which is one of the busiest roads in the city had since been deserted since the incident happened on Saturday. 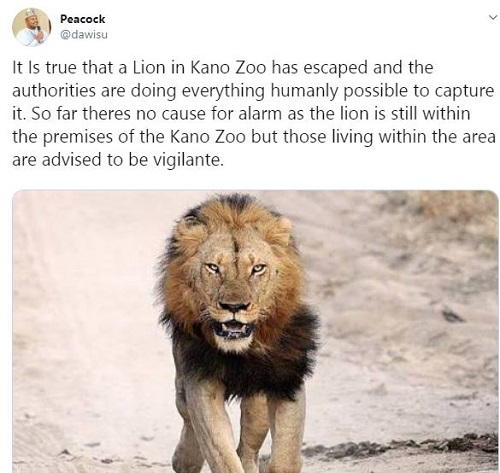 A lion has reportedly escaped from the Kano Zoological Garden yesterday, October 19.

He also told residents of Zoo Road in Gadun, Kano, to be vigilante even though the lion is said to be within the premises of the zoo.

"It Is true that a Lion in Kano Zoo has escaped and the authorities are doing everything humanly possible to capture it. So far theres no cause for alarm as the lion is still within the premises of the Kano Zoo but those living within the area are advised to be vigilante."