Inside sources in the committee hinted that the former Senate President had initiated several telephone conversations with Jonathan. 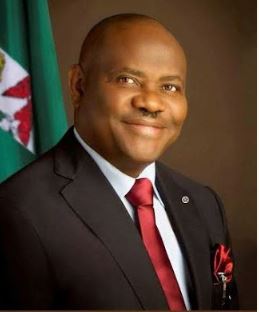 The peace committee set up by the Peoples Democratic Party (PDP) to reconcile all stakeholders in Bayelsa and Kogi States ahead of the November 16 governorship elections, has initiated serious talks with former President Goodluck Jonathan, Governor Nyesome Wike of Rivers State, and former Governor Idris Ibrahim of Kogi State, among others.

The committee, sources said, would formally meet with Jonathan, who is expected to return to the country today after weeks of telephone talks on the future of PDP in Bayelsa State, particularly as it affects the November election.

Governor Bala Mohammed of Bauchi State, who leads the party’s national campaign council on Bayelsa, had urged the Bukola Saraki-led reconciliation committee to leave no stone unturned in pacifying Jonathan, whom he noted had suffered some measure of disrespect in the state.

Inside sources in the committee hinted that the former Senate President had initiated several telephone conversations with Jonathan, which had proved useful in the peace efforts.

Saraki, according to the source, had equally met with Wike, who is believed to have some serious political interest in the election. Both were said to have reached agreement on the need to work for PDP to continue ruling Bayelsa.

“The peace committee has equally met with Timi Alaibe, who is a very strong contender in Bayelsa politics and all is going smoothly. We expect a better results in the next few days when the committee is supposed to receive him,” the source added.

In Kogi, the committee was said to have met some PDP stakeholders, including Senator Dino Melaye, who earlier rejected the job of leading the PDP campaign for the party flag bearer, Engineer Musa Wada.

The committee, it was further learned, had also spoken to former Governor Ibrahim Idris.
Top Stories

#EndSARS: The Speech Buhari Should Have Delivered
Recent Stories