What Ibrahimovic Said About Messi, Ronaldo


Ibrahimovic has been with LA since 2018, after leaving Manchester United after two seasons. 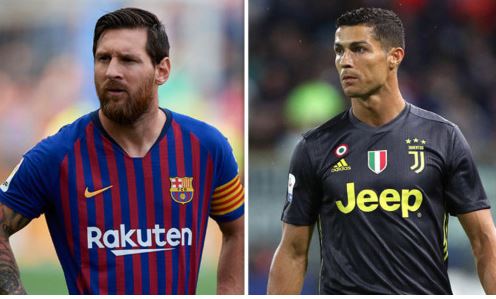 Zlatan Ibrahimovic has weighed in on the Lionel Messi vs Cristiano Ronaldo debate, making comparison between them.

The 38-year-old striker spoke specifically of Messi being “at home” in Barcelona, “hardworking” Ronaldo in Turin and himself currently shining for the Galaxy in in the Major Soccer League.

During the interview with Gazzetta dello Sport, the former Sweden captain said: “We will see where they are when they are my age.

“At 35 I was in United. It was not easy but in my first season we won three titles, breaking forecasts.

“You don’t know how many haters I have.

“I admire Cristiano, he works very hard and has played everywhere but in Italy it’s different, I’m not surprised that he scores less than before.

“About Leo, what to say? He has a unique talent and is in home. For me it will never change teams.”

Ibrahimovic has been with LA since 2018, after leaving Manchester United after two seasons.
Top Stories