Lawyer Who Was Beaten To A Coma By Police Officers Speaks Up, Reveals What Happened


A lawyer who was beaten to a coma by police officers has spoken up about the development, revealing what happened on that day. 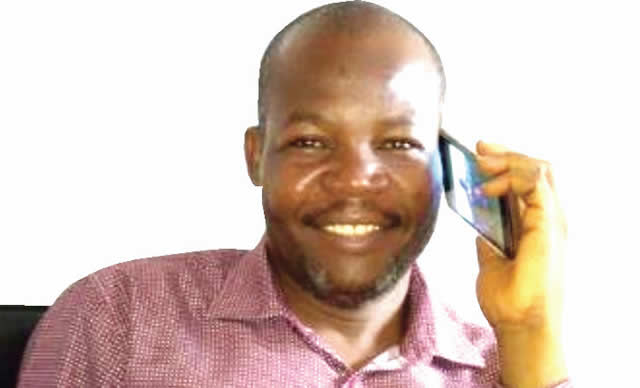 Onitsha-based lawyer, Ogbannaya Obasi, who was recently beaten to the point of losing consciousness by some policemen in Anambra State, recounts his ordeal in this interview with TONY OKAFOR

A recent video, which went viral on social media, showed two policemen beating you. What happened?

I was on my way to file a matter in court when I saw a large crowd staring at something on the road. I tried to find out what was going on, but nobody told me anything. When I moved further, I saw a man lying helplessly on the road and writhing in pain as a group of armed policemen punched and kicked him viciously.

I watched the policemen brutalise the man for about four minutes before I decided to intervene. Then I made a sign and shouted, “Please”!

The policemen paused when they heard me. The crowd of spectators turned to look at me as I pleaded with the policemen to stop beating the man. The policemen abandoned their victim and moved towards me at once. One of them asked what I was doing. I told him that I was pleading on behalf of the man. I said it was better to arrest the man and detain him for a while than to beat him.

“How is it your business? Is it your concern?” another policeman asked me. I told him that I was concerned about the man’s life. Then he moved closer to where I stood and ordered me to leave. I told him I wasn’t going anywhere.

The next thing I knew was that he slapped me. For a moment, I couldn’t see anything. I quickly moved backwards, further away from him. But he kept advancing towards me. I warned him to stay away from me or I would be forced to retaliate. The second policeman joined him and they both pounced on me. They hit me with the butts of their guns, damaging my ear in the process.

I don’t know what the doctors are saying about my damaged ear, but they have referred me to a teaching hospital in Nnewi.

Was the man somebody you knew?

I didn’t know the man they were beating. I kept watching to see if they were beating him for being an armed robber or kidnapper. If that had been the case, the policemen would have taken him to their station. I don’t know about any law in Nigeria, which says it is criminal to say “please” to a policeman. That was the only offence I committed and the reason why I was brutalised and dehumanised. I wasn’t looking for cheap publicity. I was only following the footsteps of my principal, who is a gentleman and straight forward person.  I didn’t insult the policemen or say they were wrong. But what they did to me was nothing, compared to the way they treated the man. If you had seen what they did to that man, you would shed tears.

Why don’t you want this issue to be made public?

It is because of the persistence of the media that I’m doing this. Many media organisations, including radio stations, asked me to grant them interviews, but I refused because I didn’t want to make it look as if I wanted publicity for myself. How I wish the video of the man that was released to the public. But I’m happy that I had never had any problem with the police before that incident. It was just a plea from afar place that led to this ugly situation.

What lesson have you learnt from the incident?

I’m worried that Nigerians have conditioned their minds to watch their fellow human being brutalised, while they observe from a distance, as if they are watching Africa Magic.

Since you want to be silent on this matter, does it mean the policemen are now free?

The Nigerian Bar Association has taken over the case. They asked me to hands off, as it were. I can’t write anything personally against the policemen. Let me wait for the body to act. The case is no longer mine. I can’t do anything about it.

Did you introduce yourself to the police before pleading with them on the man’s behalf?

This kind of question sometimes makes me laugh. When they pushed me to the ground and I fell on the pavement and hit my head on the wall, people around me were saying, “Now that they have beaten a lawyer, let us see what will happen.” When they heard that, they withdrew, boarded their vehicle and drove off. I struggled to follow them, but blood was already coming out from my ears and mouth. I was rushed to the hospital.

The issue is not whether I’m a lawyer or not. The fact I’m a lawyer doesn’t make me superhuman. Before the law, we are all equal and nobody is above the law. I’m not better than the man they manhandled. I won’t say that because I’m a lawyer I can now insult other people. A lawyer is not God. There is no justification for disobeying the law because one is a lawyer. I’ve learnt from our principal’s simple way of life. 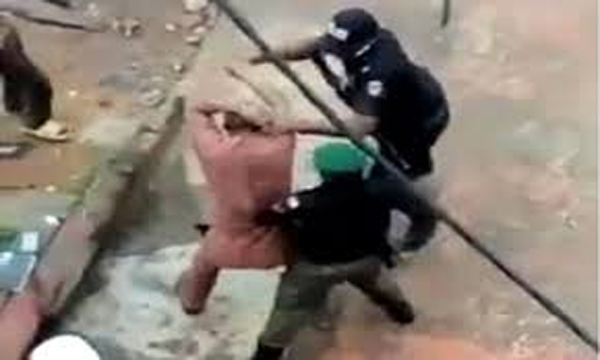 What are the police doing about the matter?

I don’t know anything about their dismissal and I’m not interested because I didn’t employ them. I’m not interested in people losing their jobs. My interest is in saving people’s lives. If I had known that saying “I beg” and “please” would attract this kind of treatment from the police, I wouldn’t have intervened. Maybe I would have watched helplessly like the other persons.

That is the misconception, but they are wrong. I’m not running away and will never run away from the police. That was why I intervened in the case, in the first place. That’s how I earn a living, too. A colleague of mine took me to the hospital when I was unconscious.

I’m aware that an injury of this type is personal. I insist on waiting for the NBA. They association may decide to go to court or not. Maybe if you call me later, you will see the result. I will be involved. But I belong to an association that says I should hold on until its comes up with a position on the matter. I know they saw the video, which no right thinking person would see and keep quiet.

But I have to obey the NBA. Time can never run against the state in criminal matters. If they (policemen) are charged to court, then it will be against O. J. Obasi as a nominal complainant. You know when they attacked me, they ran away. Their names were hidden. We had no idea that someone was videoing the incident, we’ve been making efforts to get the person that videoed it. I’m waiting for the NBA to take a position on the matter. That does not prevent the police from taking action, if they feel they committed an offence.

What if the NBA asks you to forget the case?

Definitely they won’t do that. They want to take a step that will not be challenged.

What did the doctors say about your condition?

It was around 5pm that I regained my consciousness. I’m still undergoing a series of tests. It appears that my right ear is permanently damaged. As we speak, my ear drum is broken. Also I have discovered that my eyes are affected. If I try to read for an hour, tears will be running down my eyes.  I still need to undergo some eye tests. I’ve been taking drugs as well.

The next time you see the police assaulting a man, are you going to look the other way?

Some things are better left unsaid. If I say yes, it means the society will remain that way. And if my answer is no, then it means I’ll always be ready to be challenging security agencies. In other words, that question should better be left unanswered. Let’s treat the case as it comes.