Wow! Man Whose Arm Got Cut Off During Accident, Gets It Reattached In 9-Hour Surgery (Photos)


A man whose arm got cut off during an accident has had it reattached after a nine-hour surgery. 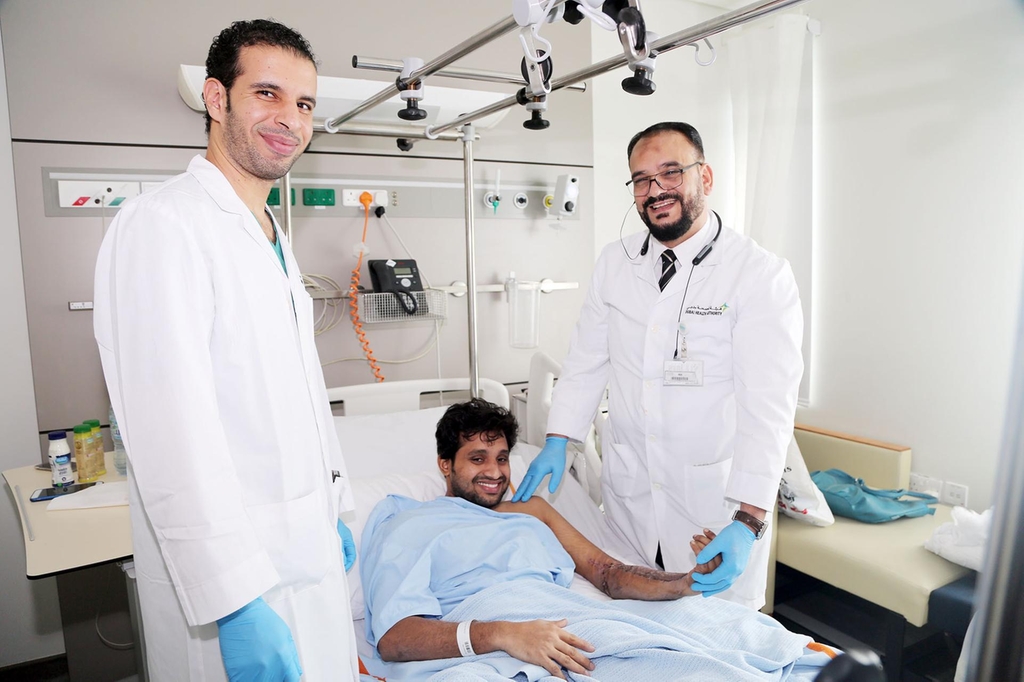 Every job comes with its own hazard more so if one happens to be an engineer or in any field that poses a high risk of losing a limb or two.

For Flertin Baby, a 33-year-old elevator engineer from Kerala in India, the latter was his predicament; he was working on an elevator in a Dubai hotel when a cable snapped, severing his forearm just below the elbow, The National reports.

Mr Baby’s arm fell through the elevator shaft from the 26th floor to the fifth floor where it was recovered by “quick-thinking colleagues”. He was immediately admitted to a hospital on September 28 for emergency surgery, an operation that was said to have lasted for nine hours (all in a bid to reattach his limbs).

Although he is thought to have suffered extensive nerve and muscle damage and lost two litres of blood, doctors are confident Mr Baby should eventually recover mobility in his left arm.

“He is a on a long journey and his progress will be closely monitored… All the nerves were cut so have had to be reconnected, this will take some time to recover good function.” 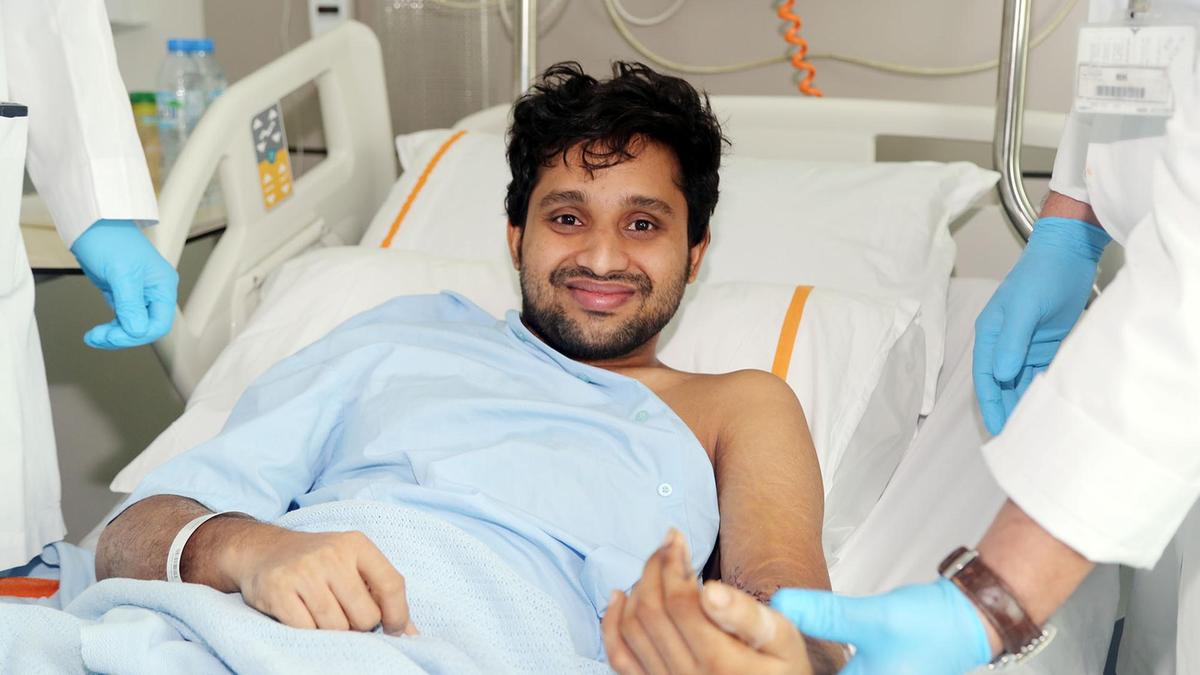 Doctors said the level of amputation was not unusual, with one case reported every month at Rashid Hospital.

“We can get one or two cases of finger amputations a week,” said Dr Khalid Alawadi, head of hand and microsurgery at Rashid Hospital.

“Mr Baby lost a lot of blood from the accident, so also needed an emergency transfusion.”

A medical team of seven doctors, surgeons and nurses worked around the clock to reattach the limb; “The response by the hand unit and the hospital’s crisis management unit worked very well,” said Dr Badawi.

“This is the only centre capable of working on these difficult cases.

Since the intricate operation was completed, feeling and sensation is slowly beginning to return.

Baby is now out of Rashid Hospital and recovering at home with his wife, Rose and will undergo a year of rehabilitation.