How 2Face Idibia, Victor Uwaifo, Others Stole The Show At NAFEST 2019 (Photos)


Legendary Nigerian musicians, Victor Uwaifo and 2Face Idibia and others have stunned at NAFEST 2019. 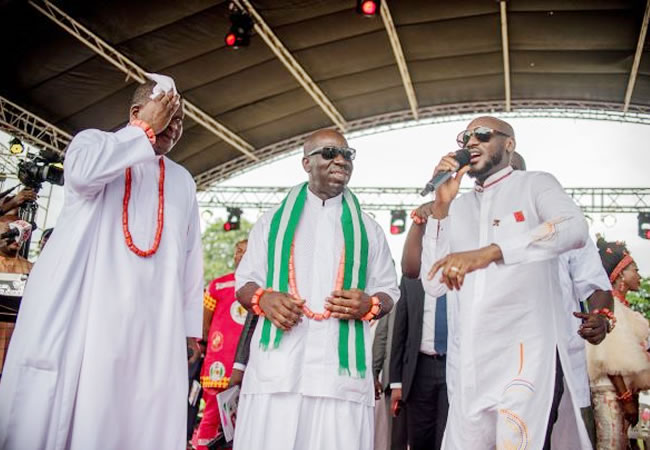 According to Punch Metro, seventy-eight-year-old legendary musician, Victor Uwaifo; pop legend, Innocent Idibia, aka 2Baba; and Nigerian Army Women Corps stole the show at the opening ceremony of this year’s National Festival of Arts and Culture in Benin, Edo State.

Twenty-six states participated in this year’s opening parade, which attracted officials of the state government, including Governor Godwin Obaseki; his deputy, Philip Shaibu, Taiwo Akere and other members of the cabinet.

Obaseki, in his opening address, described the hosting of NAFEST 40 years after it started as “a return to the home of culture” in the country.

“Today, we are celebrating Edo State because, 40 years after this festival had been born, it is coming to the home of culture.

“Edo State is not only the home of culture in Nigeria but the entire African continent.

“We are very happy because this festival is a source of unity for Nigeria. Culture is a means of uniting our people,” Obaseki said.

The Director General of National Council for Arts and Culture, Otunba Segun Runsewe, said the display of the rich culture of Nigeria at the opening ceremony of NAFEST was an indication that God loves Nigeria.

“There is no reason for us to disagree on anything. The beauty of Nigeria is in her multi-ethnic and multi- culture society,” he said.

The State Commissioner for Arts, Culture and Tourism, Mr Osemwengie Ero, in his welcome address, said the festival would provide further cultural integration among the states of the federation. 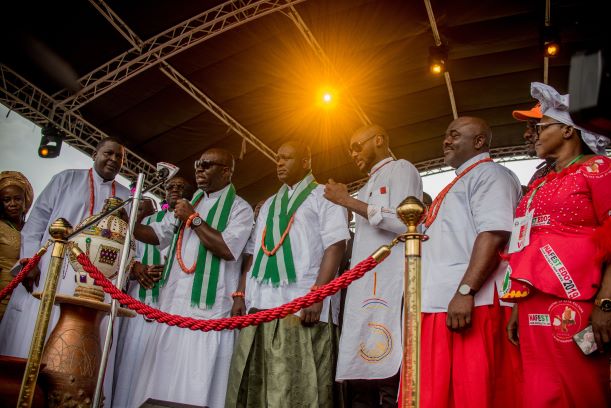 He commended Obaseki for making culture one of the six cardinal point of his administration.

According to him, “He did this because of the emphasis he (Obaseki) placed on the culture of the state. This has led to the reawakening of culture in the state.

“Hosting of the 32nd edition of the festival that have been in existence for 40 years, marked the first time Edo State will be playing host to the rest of Nigeria.”

He said the festival with the theme: “Our Royalty, Our Pride” signifies the pride and dignity of Benin.

Ero concluded by saying “Culture have come back home to stay.”

The occasion witnessed the participating states, in their traditional attires, displayed their various traditional dances during the match past.