A photographer who took pictures of Mompha at the EFCC office in Abuja teased him as he struck poses. 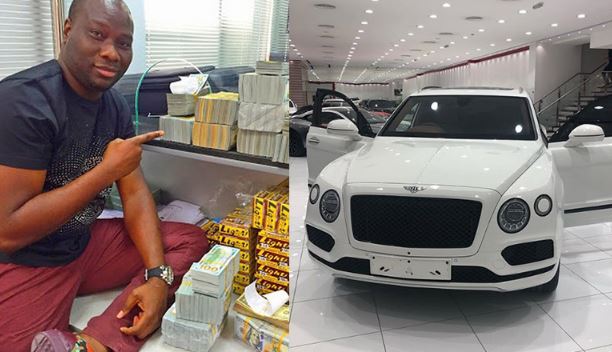 Many complained Mompha was all smiles while being paraded at the EFCC office after being arrested for alleged fraud and money laundering.

Well, he was actually being teased by a photographer who is from the South-western part of Nigeria.

He instructed the Dubai-based millionaire to walk like a boss while he was taking pictures. Mompha was forced to laugh it off. Mompha will soon be charged to court after investigations are concluded according to the EFCC.