Bad roads have been causing accidents resulting in injuries and subsequent deaths in Nigeria. 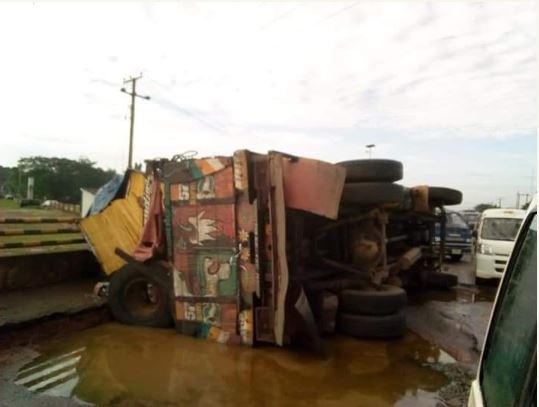 This heavy duty truck fell at the Okorocha tunnel in Imo State.

The truck was conveying some goods to an unknown direction. According to eyewitnesses, the poor state of the roads as seen in the pictures contributed to the accident.

The health of the driver of the truck and his whereabout remain unknown. The leadership of the Imo State government has been called to the dilapidated state of the roads in Imo to forestall future occurrences of this nature. 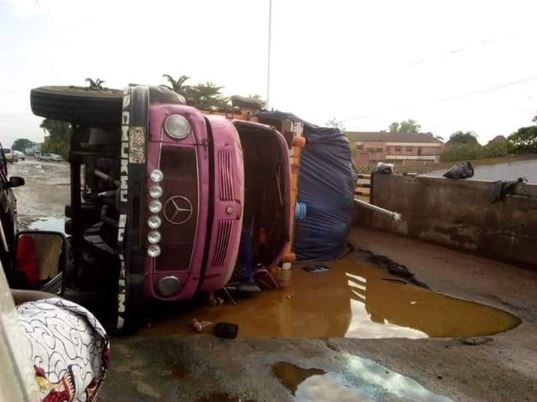 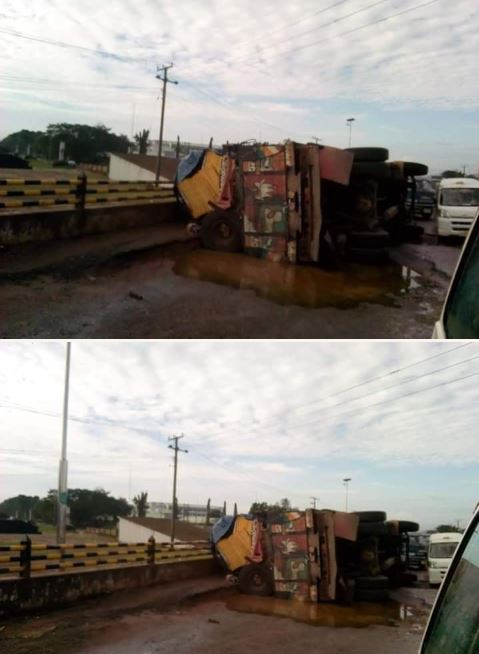