A US based forensic expert has claimed that Dubai-based Nigerian big boy Mompha is a top scammer. 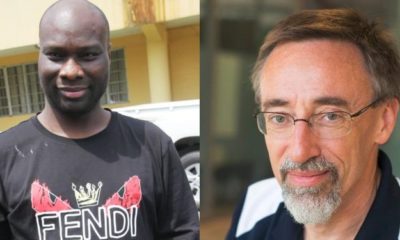 Mompha and Gar Warner
A director of research in computer forensics with expertise in cybercrime, malware and phishing, and spam in the United States, Gar Warner has praised the Economic and Financial Crimes Commission (EFCC), for arresting Dubai-based Nigerian big boy Mompha.
The US computer director took to Twitter to make some interesting revelations about the suspected fraudster.
According to him, Mompha is a top ten Business Email Compromise (BEC) scammer and criminal who hides with his money in Dubai.
Warner pointed at Mompha’s lifestyle on his Instagram page as evidence to his point. According to him, his account on the photo-sharing app is a testimony to the scale of his criminal earnings.
The computer expert explained that the reason why he commented on Mompha’s arrest was that the huge money stolen from the US is often through BEC and internet scams.
Stating that BEC is a West African crime, Warner said he is not stereotyping the country. He explained that he is happy to have had great students from Nigeria in the United States of America’s computer forensics program. 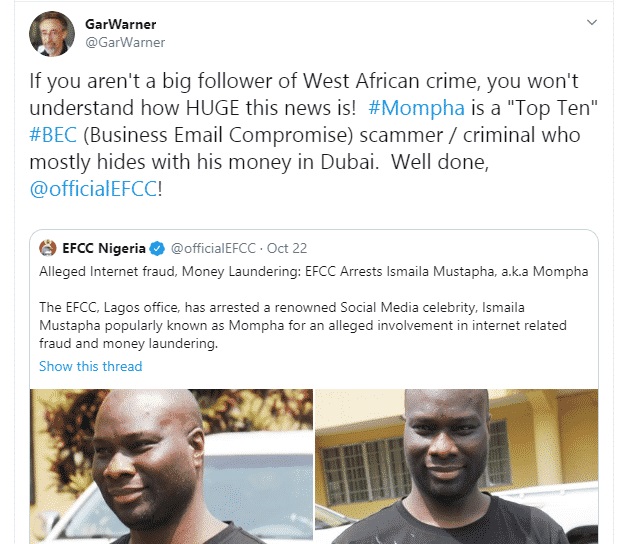 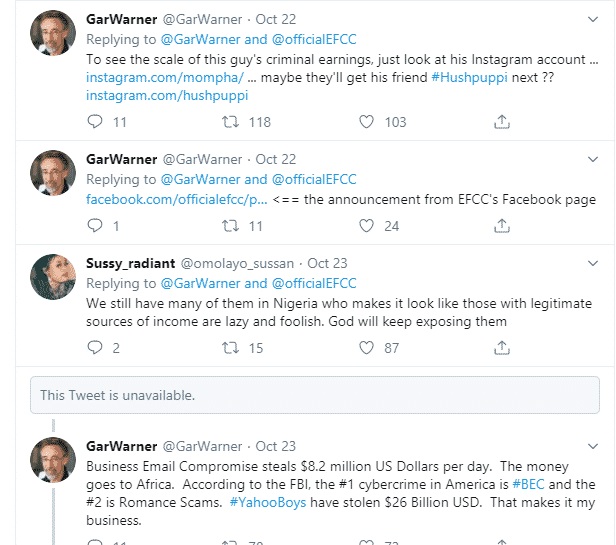