A man who was thought to have drowned some 30 years ago, has been found alive, stunning many people. 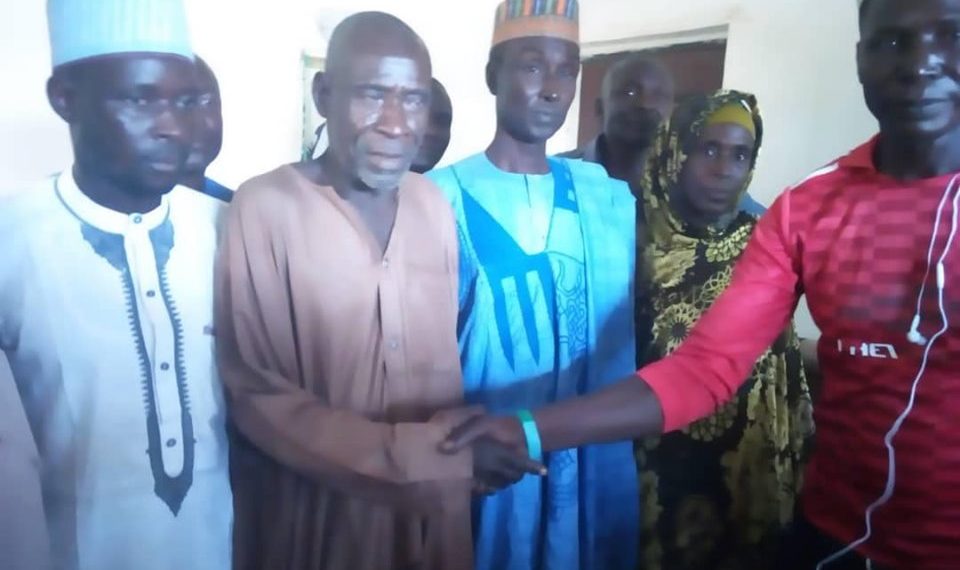 Aminu Baita (second left) with members of his family

According to Daily Nigerian, a Kano man, Aminu Baita, who was declared dead he he allegedly drown in a river in 1990 has been found and reunited with his family at the weekend.

A family source, Yakubu Musa, said Mr Baita, who is a trained nurse, suffered mental illness before his disappearance from his last known address in Dambatta, about 70km from Kano city.

“Aminu “resurrected” few weeks ago. To put it differently, my cousin is now back from dead,” Mr Musa said.

“Aminu was a brilliant trained nurse, working with ministry of health in Kano State in the 80s. He was happily married when hesuddenly started showing some abnormal behaviours.

“He lost his job and marriage as well—this is despite efforts to seek medical help for him.

“Aminu later found himself at a correctional facility in Danbatta.

“We were told that Aminu sneaked out of the facility and took a dive into in a river, and was never found. As Muslims, we accepted the story and prayed for the repose of his soul.

“Then comes another twist. One of my elder siblings, Nasidi Musa recently went to Toro local government in Bauchi State for a different mission, thus search for his missing brother in-law, who was said to have been last seen there.

“He didn’t find the missing brother in-law there. He, instead, found his “dead” cousin, Aminu.

“Nasidi brought with him story of the pleasant surprise. And as I say this, Aminu is at a Kazaure psychiatric hospital, after a delegation of the family brought him back from Toro.

“The interesting part is that he’s not forgotten his parents and uncles including my dad. Throughout the journey back, he was asking about them.

“Yet, the community where Aminu lived for over 30 years were not happy that we took him away from them. From what we gathered Aminu had felt at home throughout the period of his “demise”.”