Sinke had stood as a candidate for Marine Le Pen's National Front in 2015 regional elections, according to the official list. 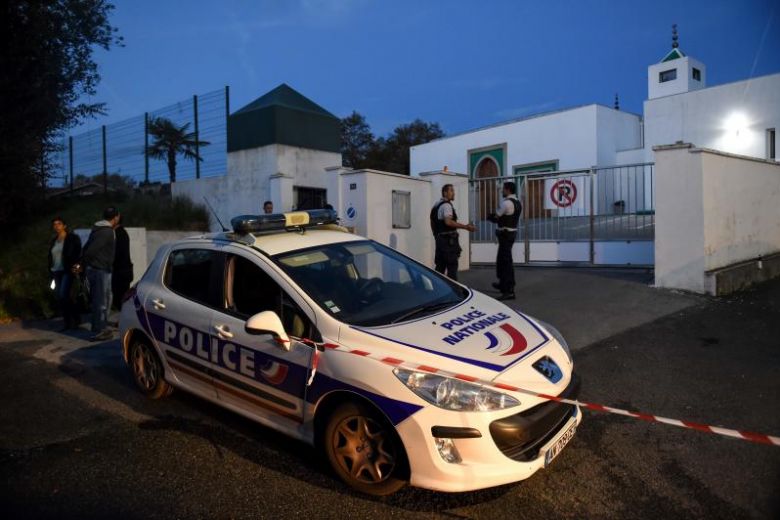 An 84-year-old former candidate for France's ultra-right party shot and wounded two men in their seventies Monday as he attacked a mosque, prompting the government to express "solidarity" with Muslims hours after railing against Islamic "separatism".

The octogenarian attacked the mosque as two men were preparing it for afternoon prayers, Bayonne mayor Jean-Rene Etchegaray told AFP at the scene.

The man "approached the building by car and threw an incendiary device against the side door of the mosque," he said. "The two people came out, he shot at them, hitting one in the neck and the other in the chest and arm. He then fled."

The victims, aged 74 and 78, were rushed to a nearby hospital with serious injuries, police said.

The man was tracked thanks to his number plate to his home town of Saint-Martin-de-Seignanx, a settlement of some 5,000 people just 16 kilometres (10 miles) from Bayonne, a popular tourist destination in France's Basque country.

A source close to the investigation identified the man as Claude Sinke, and said he had admitted to being the shooter. He had also set fire to a car outside the mosque.

Sinke had stood as a candidate for Marine Le Pen's National Front in 2015 regional elections, according to the official list.

President Emmanuel Macron said he "firmly condemns" what he termed a "heinous attack," in a tweet Monday evening.

"The Republic will never tolerate hatred," he said. "Everything will be done to punish the perpetrators and protect our Muslim compatriots. I commit myself to it."