If there is any competition Vector will win aside rap, it might be in the area of kissing the opposite s*x. 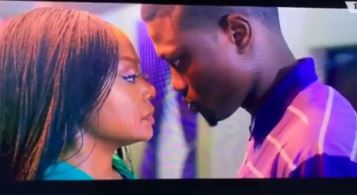 Vector and the lady

Nigerian rapper and actor, Olanrewaju Ogunmefun, also known as Vector a.k.a 'Victorthaviper' got fans talking with his kissing scene.

The kissing scene from the movie 'June' which has gone viral has got so many of his fans talking. The scene shows Vector kissing and smooching a girl who appears to be his girlfriend. 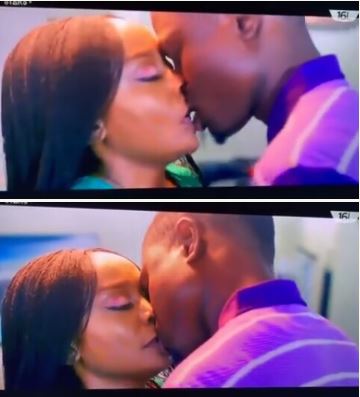 See a few reactions below:

@Itz_jwd: Ashawo rapper....I can see how he is wrapper her lips

@Stephy_wendy: I wonder how many kissing scene dem do before dem get this part. chai, free kissing

@mety_diana: with your pomo mouth"