'It's Only Logical To Allow The South To Rule In 2023' - Northern Leader, Shehu Sani


Shehu Sani, a former lawmaker has made a case for southerners ahead of the 2023 presidential election. 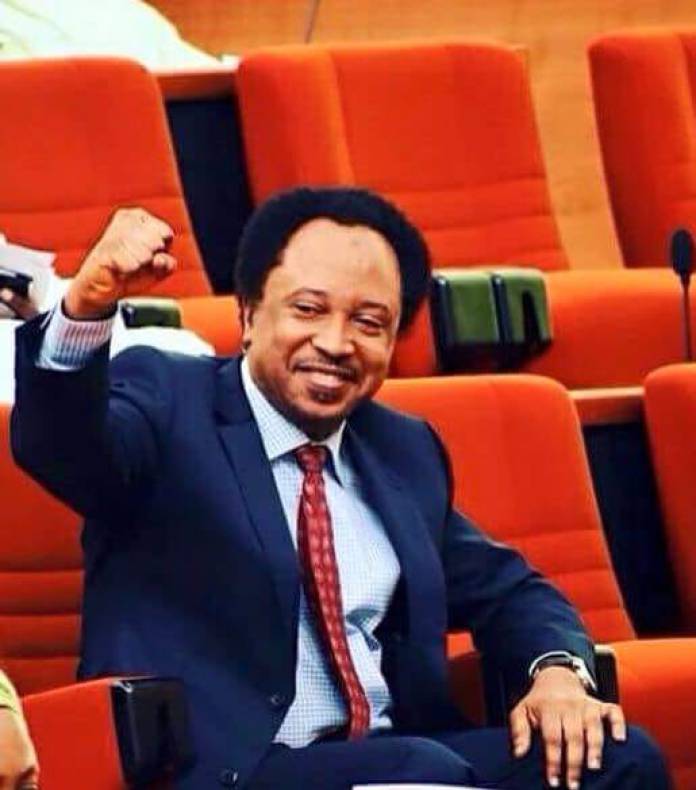 Shehu Sani
Northern political leaders have been warned to resist the temptation of holding on to the nation’s Presidency beyond 2023 as such political adventure would be a recipe for chaos and crisis capable of threatening the unity of the country, a report by TheNation has revealed.
Sounding the warning during an exclusive interview with The Nation in Abuja, Senator Shehu Sani said since President Muhammadu Buhari came to power with the support of the south and on the principle of rotation of power, it is only logical for the north to reciprocate the gesture by allowing the south to have the Presidency in 2023.
He said northern leaders who had been organising meetings to sell the idea of north holding on to power beyond 2023 should have a re-think and place the unity and interests of Nigeria above personnal interests.
Sani said: “The concept of rotation of power is simply to give every section of the country the opportunity and ability to feel that yes, we are equal stakeholders in the enterprise called Nigeria. If one part of the country now continue to dominate the political sphere, they can take the mantle of leadership, but they will not be able to have the peace to preside over the affairs of the country forever”.
” But my position on this is that President Muhammadu Buhari came to power with the support of the south. It would be logical enough that we understand the diversities of Nigeria, and the need to always balance our own personal interests and agenda with the need to sustain the unity, peace and orderliness of the country” Senator Sani who was a member of the 8th National Assembly from Kaduna Central Zone added.
Senator Sani further said: ” A lot of meetings are going on in the north today, and I can tell you that they are gaining traction. And part of the reasons for some of them who told me was that they believe that this government has served more people in the south than it has served people in the north.
“So that is the argument which many of them have given and you see sometimes words have life, if a prominent northerner who is well respected now averred that we are not going to respect the principle of rotation of power and the north will continue to have it forever, if you do not have a strong counter argument on that, it will settle in the minds of the people.
“So as far as I am concerned, there is the need for northern and southern leaders, traditional rulers, religious leaders, and politicians need to come together and discuss Nigeria. Where do we head from here?
” Governance is such a serious business that you should not leave it to politicians alone to decide. I think it is ideal, for instance, what stops the leaders of Afenifere, and Ohaneze visiting Ango Abdullahi in his house in Zaria and discuss with him.
“What stops the leaders from the north moving to Chief E K Clark house in Abuja or down there in the south-south to discuss with him. These are issues that I believe we should resolve. But we should understand that if one part of the country is not prepared to rotate power to another part of the country, we are simply setting a road map to chaos and crisis in Nigeria”.
He said it is also possible for the south to lose out if political leaders from the region are not united and if the lack of coordination in the major political parties persist, warning that the northern political establishment could also take advantage of the unpreparedness of southern leaders to hold on to power beyond 2023.
Senator Sani advised President Muhammadu Buhari to overhaul the nation’s security architecture by appointing new Service Chiefs to build on the foundations laid by the present ones, stressing that new ideas and initiatives would add the needed impetus to the fight against Boko Haram, kidnappers, bandits and armed robbers in the country.
He said it is disheartening that governors are now negotiating with bandits for peace to reign in the north-west of the country, regretting that bandits and kidnappers have taken over scores of villages in Katsina, Kaduna and Niger states, with thousands of villagers migrating to cities and towns for safety.
He advised northern states governors to hold a regional security conference and develop a blue print that would be used to address the multi-faceted security challenges facing the region, saying time has come for them to borrow a leaf from South-east and south-west leaders who have responded to the security challenges in their regions with workable strategy.
He called on President Muhammadu Buhari to review the closure of borders considering the soaring prices of food items across the country, warning that the economy of the country should not be reduced to rice alone.
He said” the last time we heard about exporting yam to Europe, it became a failure, now it is about preserving rice. For goodness sake how would a country has no issue to discuss about order than rice.
“Agriculture should be about export of cash crops, agriculture should be about production of varieties of crops, agriculture should be about providing incentives to farmers, and if possible setting up state farms and connecting agriculture to industries”
Top Stories