Revealed! Mompha Was Caught With Watches Worth N60 Million Not N20 Million


The EFCC has revealed it arrested Mompha with watched worth about N60 million and not N20 million. 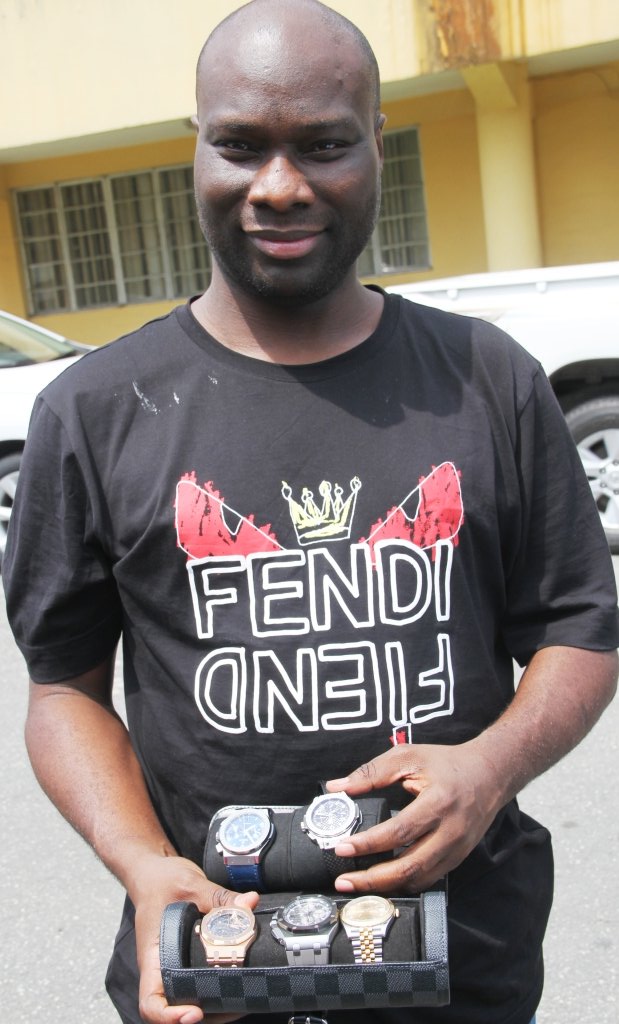 Mompha with his watches

The Economic and Financial Crimes Commission has said it made an error of estimation in ascribing a N20million valuation for the five watches found with suspected Yahoo Yahoo Big Boy, Ismaila Mustapha, a.k.a Mompha.

The commission which did not mention the brands of the watches now said they have been valued at N60million, about $166,000.

It will be recalled that last week, the commission valued them at N20million, about $56,000.

The review came in the wake of the arrest of a Mompha accomplice in Lagos, Hamza Koudieh, a Lebanese living big in Victoria Island.