The body of Millionaire businesswoman, Wannee Jiracharoenying, has been found entombed in concrete in her own fridge. 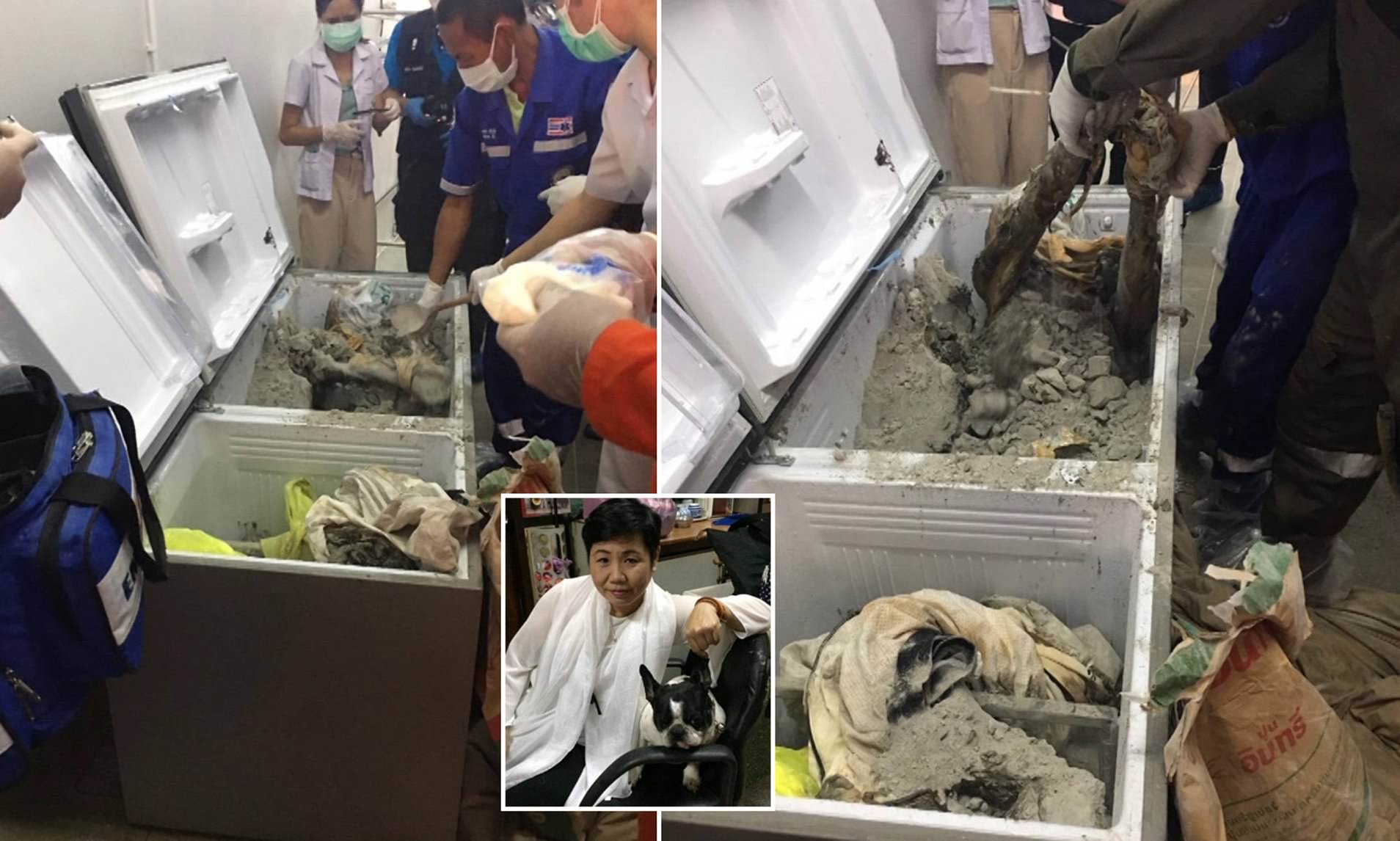 The woman was found inside her fridge

The body of a millionaire businesswoman has been found entombed in concrete in her own fridge.

Dailymail reports that the Property developer Wannee Jiracharoenying, 58, had not been seen since October 18  after she visited a local temple in Chiang Mai, northern Thailand.

Her worried brother Woraphan Jiracharoenying, 59, travelled to the area to try and find her after she failed to reply to messages. Shockingly, her dead body was found on Sunday stuffed inside her own refrigerator and entombed in concrete.

Officers are now investigating Wannee’s suspected murder and are searching for her friend, who has since disappeared.

Police said that several large withdrawals have since been made from Wannee’s bank account and that her car and bank cards are also missing.

They believe that her friend, known only as Oom, may be able to provide information about the death of Wannee, who had donated the equivalent of hundreds of thousands of pounds to charitable causes.

He said: ‘We contacted the bank where the deceased was a customer and we received the information that the money was being withdrawn by someone after the woman was dead.

‘On the day that the family lost her contact, the suspect withdrew money from the ATM in Chiang Mai then Chiang Rai and Mae Hong Son. He has already withdrawn a total of 1.2 million baht (£30,967).’

‘The latest information we received from the bank is that the suspect withdrew the money again but this time in Rayong, the CCTV from the ATM captured part of their face.

‘We think that the culprit committed the crime to steal her money, maybe because he heard that she always donated a large amount of money to the temple and the hospital.’

Police said they first discovered the body after neighbours complained of a putrid smell coming from the property.

Colonel Kritsana Pattanacharoen, deputy police spokesman, said that the body has been sent to Maharat Chiang Mai Hospital for identification and an autopsy.