The report alleged that Hillcrest Agro-Allied Industry owned by the former acting governor of the CBN tolerated the smoking of cigarettes as well as Indian hemp by workers within its vicinity. 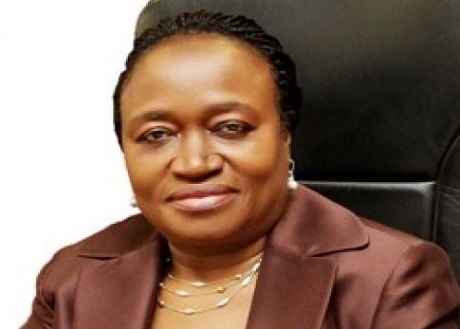 The Kwara State Police Command has arrested a journalist with NewsDigest, Adebowale Adekoya, over a report which seemed to be targeted against a company owned by a former acting governor of Central Bank of Nigeria, Mrs Sarah Alade.

According to PRNigeria, the report titled, ‘Inside Kwara factory where Indian hemp smoking is legalised’, centred on Hillcrest Agro-Allied Industry, one of the group of companies owned by Mrs Alade.

It was however learnt that Adekoya was not the author of the story but another reporter with the outfit.

Adekoya was arrested in Ikorodu, Lagos while going home and whisked away to Ilorin, Kwara State.

The story was published by NewsDigest in May, 2018.

In the report, it was stated that Hillcrest Agro-Allied Industry tolerated the smoking of cigarettes as well as Indian hemp by workers within its vicinity.

The NewsDigest’s investigative journalist, in his report, further disclosed that workers smoked Indian hemp at will without being sanctioned.

It was also reported that the firm refused to respond to author’s inquiry on the disturbing situation, after he had put several calls and text messages to the industry’s hot line.

Lawyer to Adekoya, Yunus Abdulsalam, told The PUNCH that he had not had access to his client since his arrest.

Abdulsalam lamented that his client was arrested for another person’s alleged act, adding that this was unlawful.

He said, “He is still in detention and efforts are on to secure his release. They have not even stated his crime because we haven’t been granted access to him but the information we got was that he was arrested over a report in NewsDigest in 2018.

“He was not even the author of the report. That is the strange aspect of the entire saga. Nigerian law prohibits arrest by substitution.”

Confirming the arrest, the Police Public Relations Officer in Kwara State, Mr Ajayi Okasanmi, said the journalist would be taken to Abuja as part of investigations.

Okasanmi said, “The case is being investigated. It is a case of defamation of character. The character of a person was defamed. He was arrested and taken to Kwara. He will also be taken to Abuja as part of investigation.

“There is an element of criminality in the allegations. It is not just defamation alone. By Wednesday, we will have more information.”

Reacting to the arrest, Gidado Yushau, Editor of NewsDigest, expressed shock over the arrest of his online newspaper’s webmaster, describing the police’s action as an “unbridled illegality.”

The police have in the last one year arrested several journalists for alleged defamation, a move which has been criticised by Amnesty International and other rights groups.