A man who defiled his male cousin has confessed to the crime after he was caught by the police. 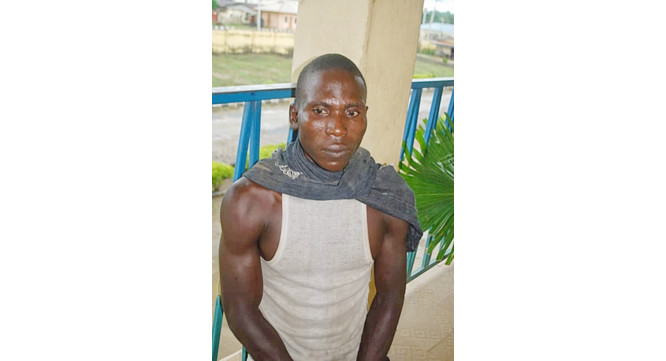 Ahmed Isah
The Niger State Police Command has arrested a 35-year-old man identified as Ahmed Isah who sleeps with underage boys in Sarkin-Pawa community of the state.
It was gathered that the suspect who also reportedly defiled his 8-year-old male cousin was identified as Ahmed Isah, and he confessed to having anal sex with underage boys between 8-10 years to satisfy his sexual urge.
He told newsmen that he lures his victims with sweets, drinks and biscuits to stop them from telling their parents.
“I resorted to the act because I do not have money to give to women after sex and they are not willing to give it to me free of charge hence I resorted to having sex with under-aged boys in my area.
“My girlfriends and I separated long ago because I do not give them money after sex, they deserted me, saying that they will not give it to me for free,” he added.
The Police Public Relations Officer, Muhammad Abubakar stated that the suspect will be charged to court after investigation has been concluded as he also advised parents to instill confidence in their children and educate them on dangers of submitting themselves to such dehumanizing act.
Top Stories