The Minister of Special Duties, George Akume has been accused of fostering Fulani agenda in Benue state. 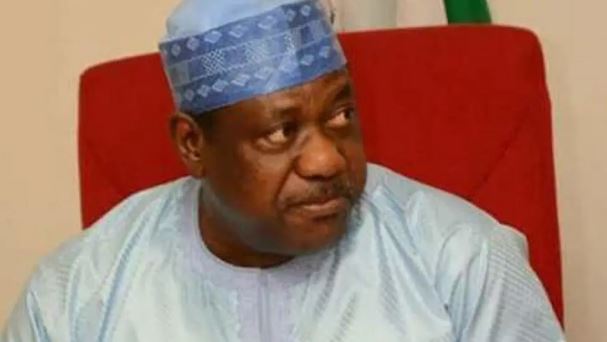 George Akume
The Jemgbagh Youth Alliance, JYA, has accused the Minister of Special Duties, George Akume of trying to fulfil the plan of Fulani empire by installing a governor in Benue State, according to DailyPost.
JYA alleged that Akume alongside Nasarawa State Governor, Tanko Almakura attempted to install Emmanuel Jime of the All Progressives Congress, APC, as the governor of Benue State during the last election.
A statement obtained by DAILY POST and signed by JYA President, Ternenge Bendega said the plan was, however, thwarted by people of the state during the election.
The statement reads in part: “By the way, why is Akume still in court against Senator Orker Jev? Was it not recently that his clan of praise singers said his ministerial position is bigger than the senatorial seat?
“We, as Benue North West voters rejected Akume at the polls in 2019 and we do not need him as our leader because he has been found wanting in all spheres of leadership. A man with such despicable character will no longer be our leader.
“After insulting Tiv people and accusing them of killing themselves, Akume went to President Buhari and sought to be made minister. He should hide his face in shame. This same man assembled social media boys at his kilometre 4 house on Gboko road last year and instigated them to blame Tiv people for killing themselves and not Fulanis.
“The social media group under the aegis of Progressive Agents, after trying so hard to exonerate Fulani herdsmen from the killings in Benue state which started since January 1st, 2018, were rewarded by Akume with N8,500 each, with a charge on them to do more to change the narrative of the Benue killings, to blame Governor Ortom and let the whole world believe that Tashaku, a Tiv man, was responsible for the killings in the state. But the same Tashaku was later hired by Akume and APC to attack PDP candidates and their supporters.
“The hired gang was also charged to tell the whole world that the Reverend Fathers and 15 worshippers who were killed in Mbalom were not killed by Fulani herdsmen.
“One of them who was in the meeting confided in us that they were told to write all they could on the social media to ridicule Governor Ortom and the PDP in Benue State. They were also promised 10 iPads to facilitate their new assignment. But the iPhones never came handy.
“George Akume ruled Benue State for eight years but does not want to see another Benue son to serve two terms as Governor. He brought Gabriel Suswam but even before Suswam could finish his first tenure, he recruited Suswam’s kinsman, Prof Steve Ugba to replace him.
“The late Senator JKN Waku was one of the most audible and articulate senators of his time. The man Akume did everything to see that Waku lost re-election in 2003. He brought in Dr Joshua Adagba who later died in suspicious circumstances. This same man recruited Fred Orti to fill the vacuum created by Dr Adagba’s death. He knew he was going to take away the seat so he never wanted a strong occupant of the Senate seat. He achieved his aim by pushing Orti aside in 2007 to go to Senate himself.
“The man Senator George Akume is a true or wan iyuhe (sadist). The best name for him is Aleister Crowley.
“On the day that APC held their governorship primary election in Benue State, Nasarawa State Governor, Tanko Almakura visited the state and met at Benue Hotels with Senator Akume, Emmanuel Jime and some other top men in APC.
“Almakura came to supervise the nomination of Jime and ensure that the plan of the Fulani empire to install a Governor in Benue State did not fail. His visit became urgent when the Abuja cabal got information that Akume was bent on giving the ticket to Benjamin Adanyi. But the visit also failed as APC did at polls.”
Top Stories