Five Arraigned For Dealing In Adulterated Rice In Akwa Ibom


Five persons were arraigned before a Federal High Court in Uyo for allegedly dealing in adulterated rice. 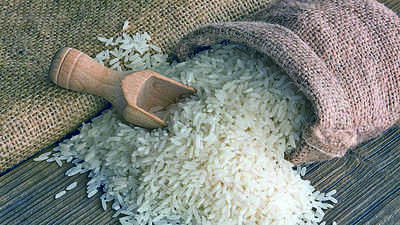 Five persons were, on Tuesday, arraigned before a Federal High Court in Uyo presided over by Justice Anulika Okeke for allegedly dealing in adulterated rice.

The accused, made up of four males and a female, pleaded not guilty to the 17 counts preferred against them by the Consumer Protection Commission when the charges were read to them.

The accused were arraigned for advertising and displaying for sale defective, unsafe and re-bagged rice contrary to Section 11 of the Consumer Protection Council Act, Cap C25, Laws of the Federation of Nigeria, 2004.

They were granted bail in the sum of N5m each with sureties, who must have landed property within the jurisdiction of the court.

Justice Okeke, however, ordered that the accused must be remanded in a correctional facility until the bail conditions were met.

The lead counsel for the CPC, Mr Babatunde Irukera, while speaking with journalists after the proceedings, said that the commission on June 22, 2018, carried out an operation in Uyo, where the accused were arrested for re-bagging smuggled and contaminated rice for consumption by consumers.

Irukera said, “What happened today (Tuesday) in court was an arraignment. Almost a year and a half ago, we performed an operation here in Uyo and apprehended people, who were re-bagging smuggled and contaminated rice for consumption by consumers.

“Between then and now, we have concluded investigation. We have been struggling for quite a while to get the judicial process moving. They have resisted arrest repeatedly but finally, we have been able to get them to come into court.

“They have been arraigned and have taken a plea today and the trial is about to start.

“My position on this is simple, that everyone must have their day in court; we will respect their rights. But the times when you can violate the right of consumers and think that the worst that can happen is that your goods will be seized is over.

“That cannot be the only retribution. Until people are really taken through the judicial process and suffer the appropriate penalty for their inappropriate conduct, we will not have a responsible society.

“We are grateful that this is happening. We look forward to prosecuting this case to the very end.

“This case will serve as a deterrent. I do not think that people, who smuggled rice and retail it with other things, have ever conceived that they can end up been remanded in prison.

“You can see that the judge has remanded these defendants pending when they will fulfil the conditions of bail. These are very vital steps on how to build a society that is fair to all.”

The lead counsel for the defendants, Mr Christian Odoh, said, “My clients are not evading appearance in court. It is only when you commit a crime that you will be on the run. Again, we don’t consider the bail sum to be excessive.”