A top politician has been denied Holy Communion by a Catholic church in South Carolina for supporting abortion. 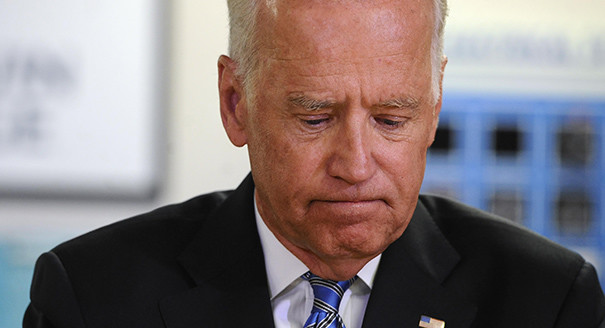 Joe Biden
Joe Biden was reportedly denied Holy Communion in a Catholic church in South Carolina, after being accused of ‘advocating' for abortion.
According to Dailymail, Father Robert E. Morey, from Saint Anthony Catholic Church in Florence, claimed that he refused the Democratic presidential 2020 hopeful Holy Communion because of his stance on abortion.
Biden, who has been a lifelong Catholic but whose position on abortion is unclear, had attended 9am mass on Sunday as he was in South Carolina for campaign appearances.
‘Sadly, this past Sunday, I had to refuse Holy Communion to former Vice President Joe Biden,’ Morey told SCNow.com.
‘Holy Communion signifies we are one with God, each other and the Church. Our actions should reflect that. Any public figure who advocates for abortion places himself or herself outside of Church teaching.’
Morey added: ‘I will keep Mr. Biden in my prayers.’ The Eucharist or Communion is one of seven sacraments administered to followers of the Roman Catholic Church.
The Biden campaign would not confirm to SC.now that he was in the church and said he would have done so in a private capacity.
Biden, who was vice president from 2009 to 2017 under Barack Obama, had been in South Carolina for a town hall meeting at Wilson High School. He also had an appearance at 11 am on Sunday at Jerusalem Baptist Church in Hartsville.
He recently expressed disagreement on a proposal to outlaw abortions in South Carolina after about six weeks of pregnancy after Senate Republicans removed protections in the bill for women who become pregnant from rape or incest.
Top Stories