Gunmen Kidnap Another Judge In Edo


Gunmen have abducted another judge this time in Benin City the Edo state capital on her way to court. 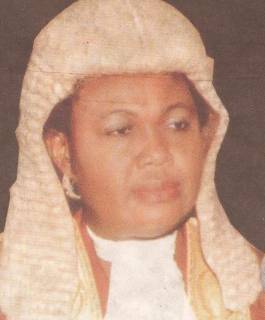 Gunmen have abducted another judge this time in Benin City the Edo state capital.

Justice Chioma Nwosu-Iheme of the Benin Court of Appeal was kidnapped today on her way to the court.

The Edo State Commissioner of Police, Mr. Dan-Mallam Mohammed, who confirmed the incident to Channels Television, says a manhunt has been launched to track down the gunmen and rescue the judge.

Justice Nwosu-Iheme is known to be Nigeria’s first female judge to study law up to the Ph.D. level, specialising in the law of intellectual property.

Her abduction comes days after a federal high court judge in Akure, Ondo state justice Abdul Dogo, was freed by kidnappers who had abducted him on Tuesday last week at the border between Edo and Ondo states.

Justice Dogo was rescued on Saturday by operatives of the inspector general’s intelligence response team from a forest behind the federal college of education in Itakpe, Kogi state.