The list of the highest earning dead celebrities for the year 2019 has been released. 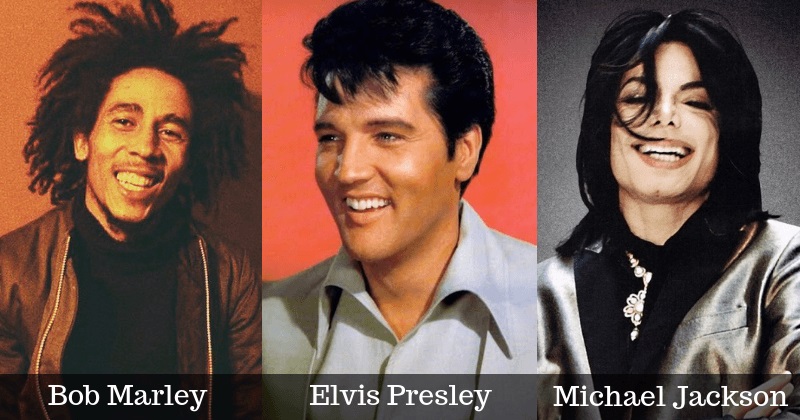 The concept that an artiste’s works is better appreciated when he or she is deceased remains a mystery.

See below for the 13 highest-earning dead celebrities of 2019

Harrison was a member of the now-defunct English rock band – one of the most influential bands of all time. Harrison has benefited from Beatles’ reissues—as well as the Fab Four’s Cirque du Soleil show in Las Vegas—thereby bringing him back into the list for the first time since 2011.

Cause of death: Drowning

The $7 million sale this May of half her estate, along with the success of the Kygo remix of her “Higher Love” cover—which has already clocked over 175 million Spotify spins—paved the way for Houston’s debut on our list.

Even after a 27% drop in year-over-year consumption, the polarizing South Florida rapper remains the most-streamed dead celebrity in the U.S. with 5.6 billion spins.

Business savvy is eternal: Nipsey’s prescient focus on retaining the rights to his music monetized his 1.85 billion streams, third-most of any act on our list, at a greater rate than most artists dead or alive.

Cause of death: Overdose

The Purple One continues to move music, including a robust 320,000 physical units and half a billion on-demand streams, an overall increase of 12% year-over-year.

Cause of death: Overdose

One of the most popular dearly departed stars when it comes to licensing, Monroe has added a Zales collection to deals with the likes of Chanel and Montblanc.

The 50th anniversary of Abbey Road has boosted the Beatles across streaming and digital—moving 2.2 million U.S. album-equivalents over the past year, more than any defunct act—with Lennon’s own catalogue leaping 52%.

Oh, the places he still goes! Licensing deals with Hallmark, Universal Studios and others add to publishing empire that moved more than 5 million books stateside over the past 12 months.

With nearly 1 billion streaming spins in the U.S., the ubiquity of Marley’s music keeps his House of Marley products—including headphones, speakers and turntables—from going up in smoke.

Cause of death: Heart Disease

The golf legend’s empire remains well above par, thanks to partnerships with MasterCard and Rolex. Then there’s his eponymous Arizona beverage, plus a boozy version launched by MolsonCoors this year.

Snoopy’s creator continues to cash in around his Peanuts franchise’s 70th anniversary. A licensing deal with Met Life, expiring this year, also adds double-digit millions to his eternal coffers.

Cause of death: Heart Attack

For decades, 500,000-plus visitors have made the pilgrimage to Graceland annually, prompting a recent $45 million addition called Elvis Presley’s Memphis. Up next: a biopic directed by Baz Luhrmann, starring Tom Hanks.

The King of Pop’s streaming surged despite recent controversy: 2.1 billion U.S. spins, up from 1.8 billion a year ago. With proceeds flowing from his Mijac Music catalogue, a Las Vegas show and a long-term deal with Sony, he retains his postmortem cash crown for the seventh consecutive year.