Oh No! See What Pastor Did To His Son For Questioning Existence Of God


A Nigerian has lamented against his Pastor-father who attacked him for not believing in God. 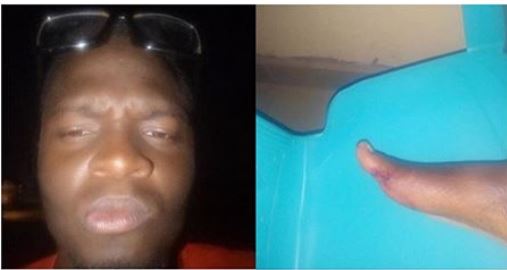 A Nigerian man identified as Jatto Ezekiel has taken to social media to share his frustration while recounting how his father who is a Pastor almost killed him.
Jatto who shared photos of the injury he sustained, disclosed that his father nearly killed him for not believing his explanation for the existence of God.
He also accused his father of subjecting his mother to domestic violence when he was much younger.
Jatto wrote:
“My Dad just literarily tried to kill me. Because I do not buy his explanations for the existence of God.
“He said God was going to judge me, both physical and spiritual, and I told him that God should take his pick, which ever one.
“That’s when my dad began to pour out his frustration on me with his fists, and then when he saw he couldn’t subdue me, he went for a large rock, for which to cave my head in like a cave man fight. But on lookers intervened, even though they all wished he killed me.
“Funny thing is that they guy is a pastor, and that’s how he beats my mom when we were kids.
“Fu*king Christians” 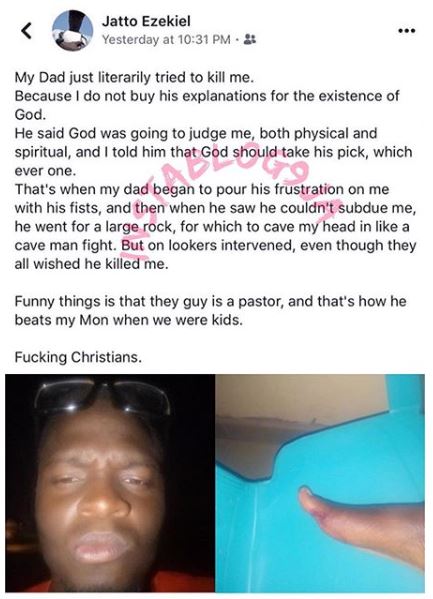