Part of the challenges of e-commerce is that the pictures you see online are exaggerated to attract customers. 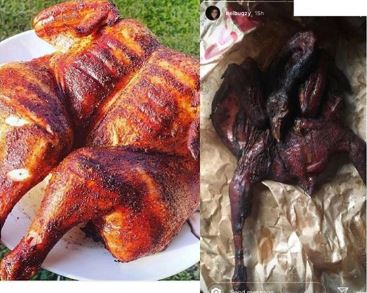 What was ordered vs what was delivered

A social media user named Uforo Essien has told a short story of how his cousin saw a beautiful smoked chicken online and ordered it.

His cousin who must have developed a watery mouth in anticipation of the smoked bird was stunned about what he saw.

It appeared a malnurished chicken was killed and processed for him. There is also the possibility that the chicken was severely sick before being killed.

Well the vendor has an explanation; he said its the picture quality and filter used. The buyer has been advised to snap the merchandise with an iPhone 11 Pro and repost online to get the previous image he fell for. 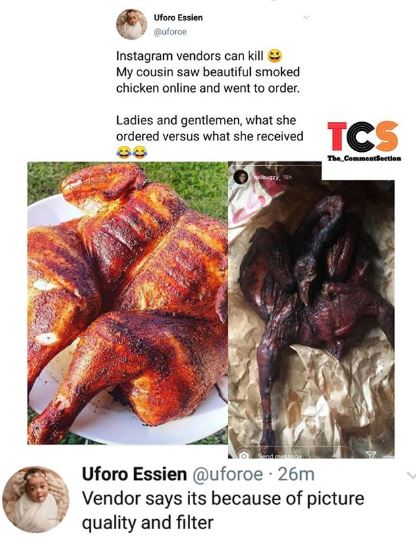