A reverend father abducted by kidnappers has regained freedom after some days in captivity. 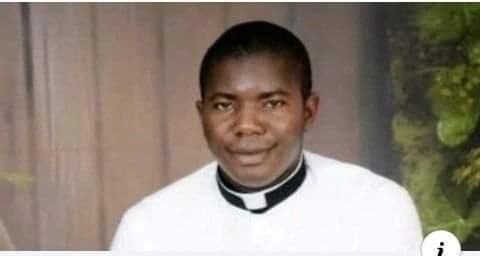 Rev. Fr. Arinze Madu
The Police Command in Enugu State on Wednesday confirmed the release of Rev. Fr. Arinze Madu, the Vice-Rector, Queen of Apostles Spiritual Year Seminary, Imezi-Owa in Ezeagu Local Government Area.
The Command’s Public Relations Officer, SP Ebere Amaraizu, gave confirmed the priest’s release in Enugu on Wednesday to the News Agency of Nigeria (NAN).
Madu was abducted on Monday at about 5:30 p.m. at the gate of the seminary by unknown persons.
Amaraizu said: “Yes, he has been released unhurt. However, we are still trailing his abductors.
“We are also working on something concerning tracking down the perpetrators of this dastardly act.’’
Also, the Catholic Diocese of Enugu on its official Facebook page confirmed the release of the priest, stating that: “Father Madu, the kidnapped priest of the Catholic Diocese of Enugu has been released.”
It added that Madu “was released this (Wednesday) afternoon from the kidnapper’s den’’.
(NAN)
Top Stories