A Nigerian government critic, Dadiyata has remained missing some 90 days after he was abducted. 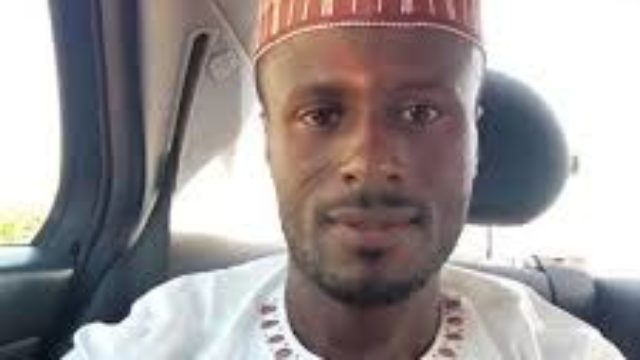 Nigerian government critic Abubakar Idris, popularly known as Dadiyata, is still missing three months after he was abducted from his home at Barnawa area of Kaduna State on August 1.

“As he was about to lock the gate, two men accosted him and took him away in his car,” Dadiyata’s wife told Premium Times in August.

Dadiyata, a lecturer at the Federal University Dutsinma, Katsina State, and supporter of former Kano State governor Rabiu Kwakwanso, is a critic of the All Progressive Congress and the APC governor in Kano State Umar Ganduje.

Ganduje served as deputy governor under Kwankwaso from 2011 to 2015, when both men were members of the APC. However, their relationship became acrimonious after Ganduje succeeded Kwankwaso in 2015 and they have since remained rivals.

One of the major uncertainties around Dadiyata’s disappearance is if he was kidnapped or arrested.

With freedom of expression under threat in the country, there are claims that Dadiyata disappearance may not be unconnected to his criticisms of the APC government in Kano State.

The opposition People’s Democratic Party described Dadiyata’s disappearance as an “apparent desperation to intimidate, suppress and silence public opinion and free speech in Nigeria as well as to further entrench a siege mentality on our citizenry.”

PDP accused the Department of State Services (DSS), a unit of Nigeria’s state security service, of being responsible for the abduction.

“The PDP, therefore, demands the DSS high command to speak out as well as take urgent steps to secure the release of Idris from his abductors before it is too late,” Kola Ologbondiyan, spokesman of the opposition party, said in a statement.

But the DSS have since claimed ignorance of Dadiyata whereabouts.

Although puzzled about the disappearance too, the Nigeria Police Force in Kaduna said it has commenced an investigation into the circumstance that led to his disappearance.

“Unfortunately, this does not look like the conventional kidnapping we know,” Kaduna police spokesperson, Abubakar Sabo, told Premium Times in September.

“They did not call for any ransom and did not disclose any whereabouts of the victim,” he added.

“The police are still on the investigation,” Sabo, a deputy police superintendent, said.

Fourteen days after Dadiyata’s arrest or abduction, the PDP new media department staged a protest in Abuja asking the DSS to release him.

His disappearance has also sparked outrage on social media, with many justifying his right to freedom of speech and demanding his release.

Not only Dadiyata, but many other government critics have also been threatened/arrested.

Harassment and illegal arrests of critics and journalists is a common occurence. Most recently, Nigerian journalist Fisayo Soyombo went underground for eight days to avoid a purported arrest by the Nigerian government after his investigation reports exposed the rot in Nigeria police cells and prisons.

Steven Kefason a staunch critique of the APC-led government in Kaduna State has been in jail for over 100 days because of a Facebook post.

Sahara Reporters founder and also one of President Muhammadu Buhari’s challengers in the 2019 presidential poll, Omoyele Sowore is facinga lawsuit filed by the Nigerian government weeks after he was arrested and detained by the DSS for calling for a nationwide protest against the government.

In 2018, a member of the House of Representatives caused police to arrest and detain a journalist working with Daily Trust, one Musa Krishi, for allegedly publishing an advertorial purported to be critical of the parliamentarian.

Jones Abiri, editor of the Weekly Source, was detained without charge in 2016 and denied contact with his family or a lawyer, for over two years.

In January began on a bad side for a local news media as soldiers simultaneously invaded the offices of the Daily Trust newspaper in Abuja and its outstation in Maiduguri, arrested the regional editor, and carted away computers and laptops for publishing classified military information, thus, purportedly undermining national security.