Mbappe has scored seven goals and assisted four in nine appearances for the Ligue 1 champions this term. 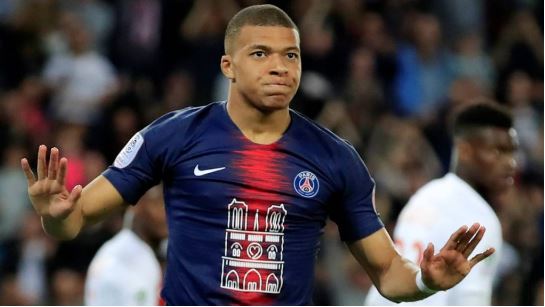 Paris Saint-Germain forward, Kylian Mbappe on Friday night scored a goal in his side’s 2-1 defeat to Dijon in the French Ligue 1.

Mbappe opened scoring for PSG in the 19th minute but two goals from Mounir Chouiar and Jhonder Cadiz gave the hosts all three points against Thomas Tuchel’s men at Stade Gaston Gerard.

The France international has been impressive for PSG so far this season. He has scored seven goals and assisted four in nine appearances for the Ligue 1 champions this term.

Mbappe will now hope to lead PSG to victory in their next Ligue 1 fixture when they take on Brest.
Top Stories