The heavily armed thugs invaded shops and looted electronics, assorted drinks, sport equipment and other things from the warehouse. 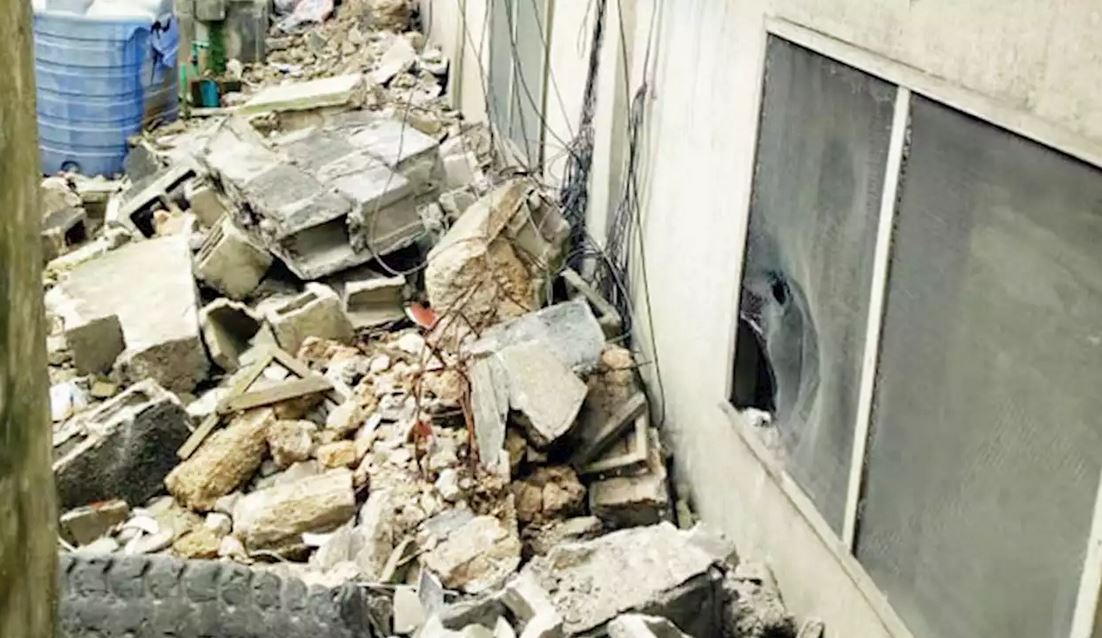 Hoodlums, said to number over 100, on Saturday attacked residents of Satellite Town in Lagos State, and destroyed properties worth millions of naira.

The hoodlums were said to have demanded millions of naira from shop owners and landlords to renew their ownership of the properties.

It was learnt that the shop owners and landlords refused to pay the money, which the hoodlums, who were said to be led by a community leader, demanded from them.

A police source stated that when the landlords and shop owners refused to pay, the thugs started looting and destroying houses, warehouses and shops in the area.

Though the identities of those arrested were unknown as of press time, a police source at the Area ‘E’ Command, FESTAC Town, said the hoodlums were being controlled by a local chief.

According to the police source, a warehouse located on No. 470 old Ojo Road, trucks and cars parked by the roadside were destroyed by the hoodlums.

A resident, Uche Ezeudo, said the hoodlums overpowered the policemen, who came to rescue the victims.

Ezeudo added that the heavily armed thugs invaded shops, especially the warehouse belonging to a pioneer moviemaker, Igwe Gabosky Okoye, and looted electronics, assorted drinks, sport equipment and other things from  the warehouse.

He said, “We later heard that the hoodlums were sent by a traditional ruler to destroy warehouses, especially the one belonging to Gabosky, for refusing to pay N15m demanded as settlement for the said property.

“All attempts by Gabosky to show the thugs his Federal Government’s Certificate of Occupancy with number 23/23/77 registered at the Federal Land Registry, Lagos, in 1995, fell on deaf ears.”

Gabosky lamented that  the efforts he made to alert the police of the planned attack on his warehouse failed because the gang had overwhelmed the security agents.

He said, “The thugs looted shops, extorted money, snatched bags and mobile phones in broad daylight. At night, the thugs transformed into armed robbers attacking motorists, passersby and pulling down houses, including my warehouse. They looted over N50m worth of goods from my warehouse.

“I am appealing to the state Commissioner of Police to do something drastic as policemen from the Area ‘E’ Command cannot march the huge number of the thugs. What we need in the area is a mobile police force unit.

“Commercial motorcycle operators, tanker drivers and bus drivers are afraid of them as they unleash mayhem on anyone who dares them. Business owners in Satellite Town and environs are at their mercy.”

It was learnt that last week, a team of over 100 policemen carried out a special operation in the area with a view to arresting the thugs, but the cops were openly confronted and even held hostage for hours by the heavily armed thugs.

Calls to the spokesperson of the state police command were not answered and a text message sent to him had not been replied as of the time of going to press.