A comparison being made between Rema and Olamide has caused serious outrage on social media. 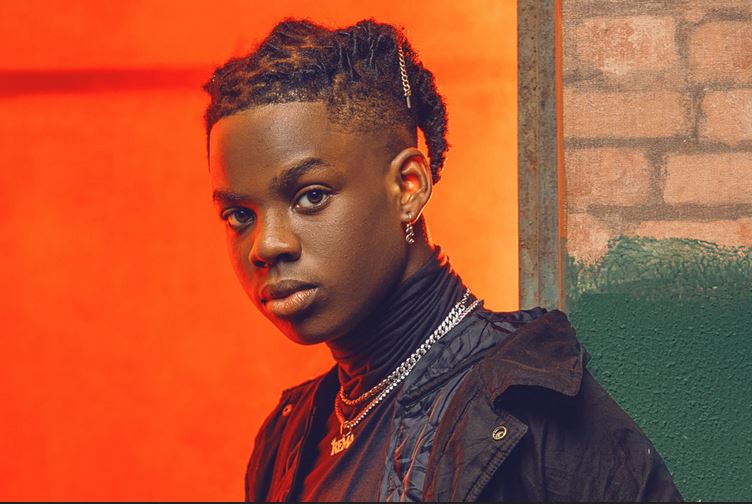 A comparison between Rema and Olamide, Nigerian music superstars, has sparked outrage amongst music lovers and enthusiasts on the country’s Twittersphere.

A heated debate on “who is the bigger star” ensued on the microblogging platform on Monday as the Mavin Records star was compared with the YBNL boss.

While a segment of users outrightly wrote off the contest, describing it as a disrespect on Olamide, a few others stood their grounds that the ‘Dumebi crooner’ is way bigger than the YBNL boss.

“The Mavins PR team have taken this one too far. There’s controversy, and there’s blatant disrespect and desecration of our music history. This Rema and Olamide debate is one that only retards should engage in. Respect the Legends,” a Twitter user said.

“Rema is bigger than who.. Olamide.  I need not argue with you. They are parboiling noodles in your brain,” another user said.

Here is how some users reacted to the comparison: 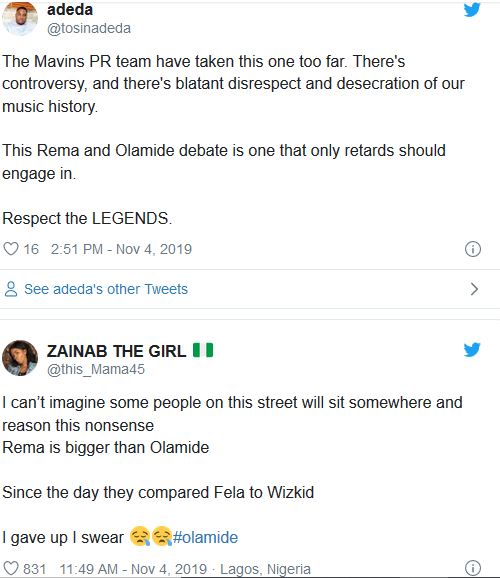 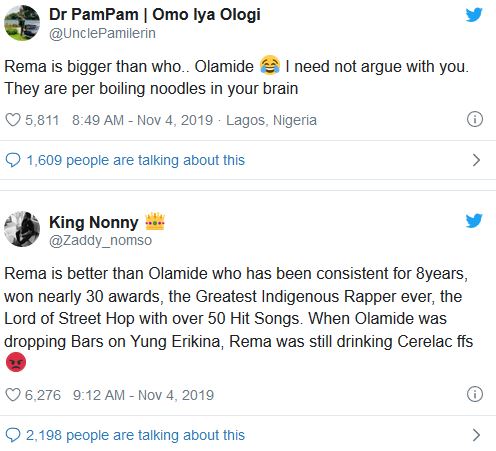 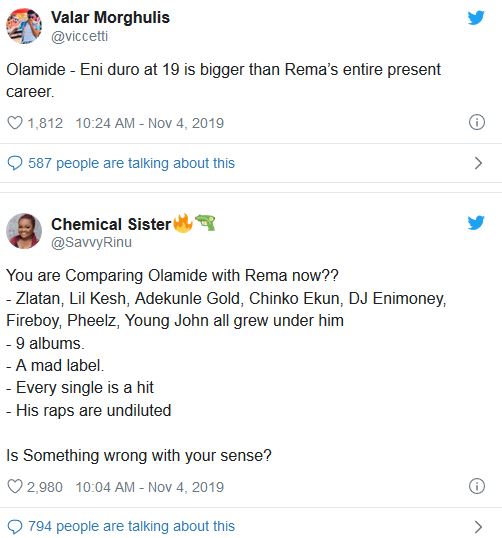 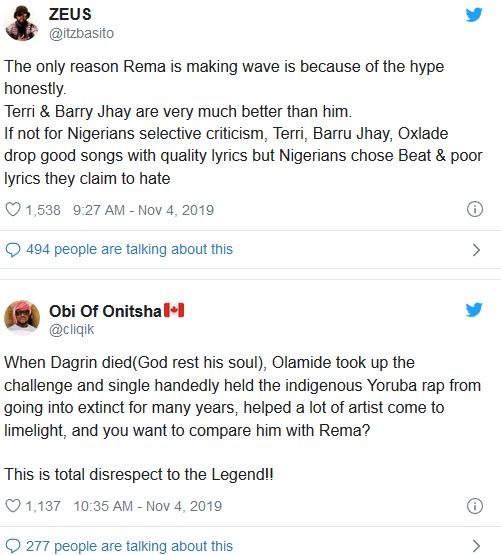 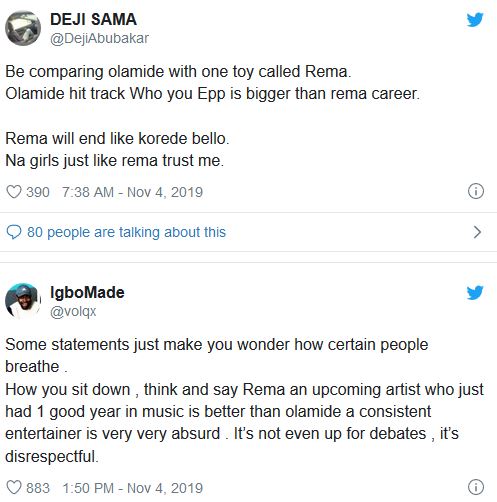 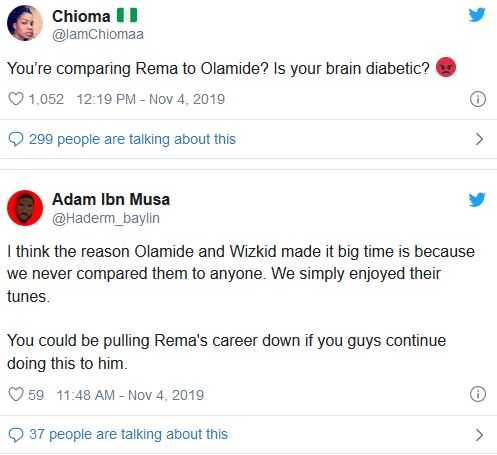