Commotion As Another Petrol Tanker Falls Along Expressway In Anambra


Another petrol tanker has fallen on the expressway in Anambra state, causing quite some stir in the area. 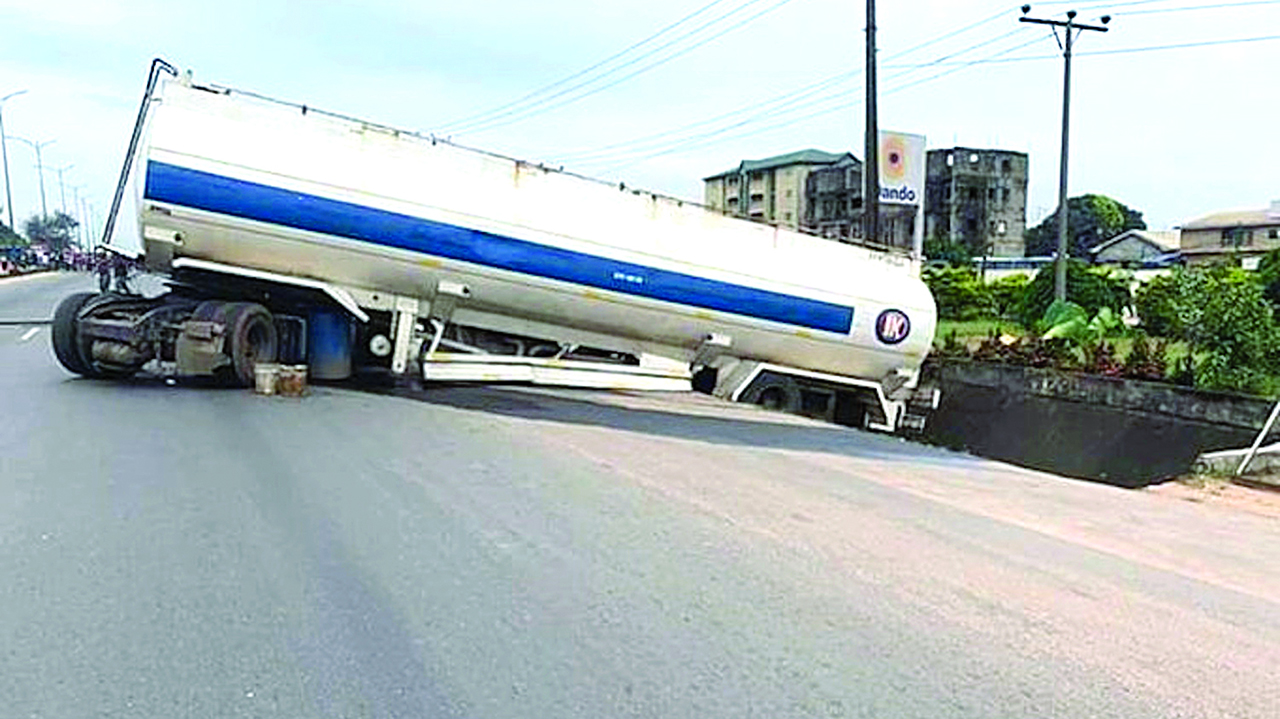 According to The Nation, Anambra state on Tuesday recorded another petrol tanker fall.

The incident, which occurred along the Enugu/Onitsha expressway, at Abba junction in Njikoka Local government area of the state, was coming barely four days after the state government restricted movement of articulated vehicles in the state.

Petrol tanker crashes have become regular occurrences in the state which led to the ban following loss of lives and property.

The Tuesday’s incident reportedly occurred at about 8:30am after the driver lost control of the vehicle following brake failure.

A witness who identified himself as Abuchi, said the petroleum products spilled its contents on the road, but added that no fire broke out.

The Nation, however, learnt that the area was cordoned off by police personnel, restricting movement, while men of the State fire service were on standby in case of incident of fire.

Agbili said he and his men arrived the scene early to avert any calamity.

He said the men of the Federal Road Safety Corps (FRSC) were also on ground to tow the tanker out of the area.

He warned motorist to use alternative route for the time being.