Two nuns have found themselves in trouble after getting pregnant while on a missionary journey in Africa. 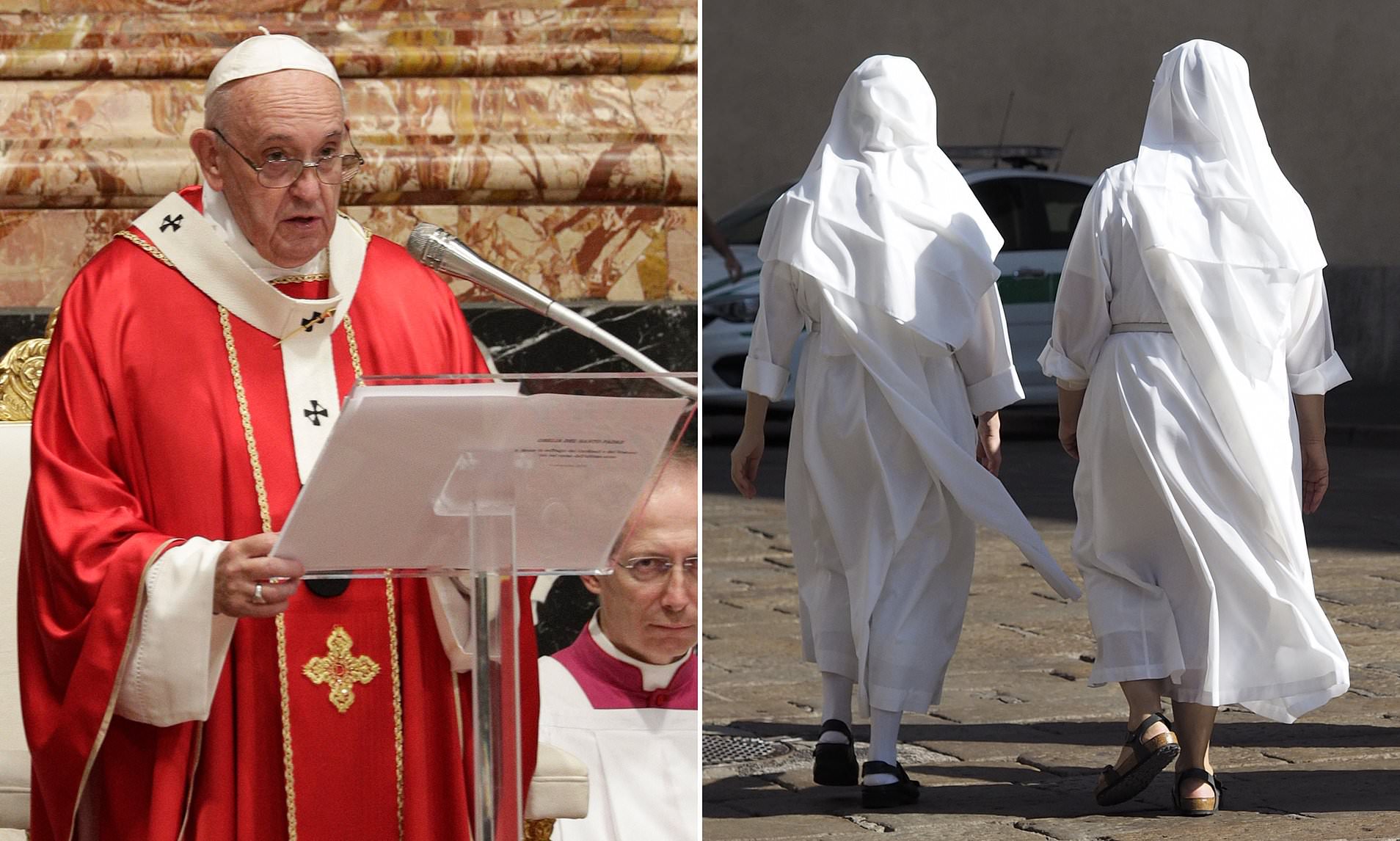 Nuns get pregnant while working in Africa
The Catholic Church has launched an investigation after two missionary nuns became pregnant while working in Africa, according to a reply by Dailymail.
The two women, who belonged to separate religious orders in Sicily, are now expecting children despite their vows of chastity.
One of them, a mother superior, found she was several weeks pregnant while the other woman discovered the news when she complained of stomach pain.
Both nuns are now facing an uncertain future in their profession and the scandal has caused 'consternation' among the clergy.
'They both breached strict rules of chastity but the welfare of their children is uppermost.'
The nuns may now choose to give up their monastic life altogether and focus on raising their children.
The Catholic Church, headed by Pope Francis (pictured at the Vatican yesterday), has launched a probe after the two nuns became pregnant.
Top Stories