How A Married Man Took My Virginity And Did This After


This young man is currently hurt after the married man he slept with decided to walk away.

Despite the fact that gay s*x has been banned in Nigeria and any defaulter might be jailed for 14 years, some people are still indulging in the act.

A man who claims to have been used and dumped has come out to tell his story of 'heartbreak' with audacity.

Relationship adviser and blogger, Joro Olumofin has shared the story of this young man who engages in the act of homosexuality. The story has attracted a backlash on social media even though the identity of the man isn't known. 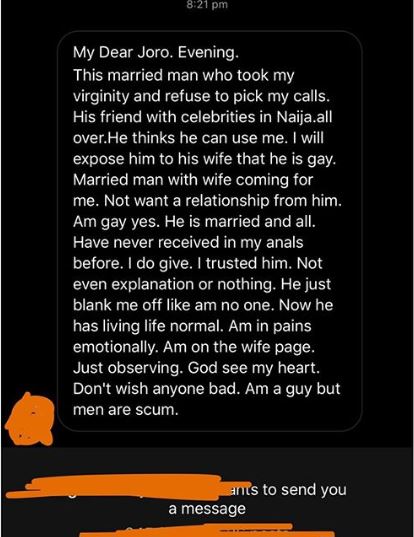