Woman Who Married Three Husbands At The Same Time, Refuses To Sleep With Them After Becoming ‘Born Again’


A Ugandan woman, Ann Grace Aguti has denied her husbands s*x after making headlines sometime ago by marrying three men at the same time. 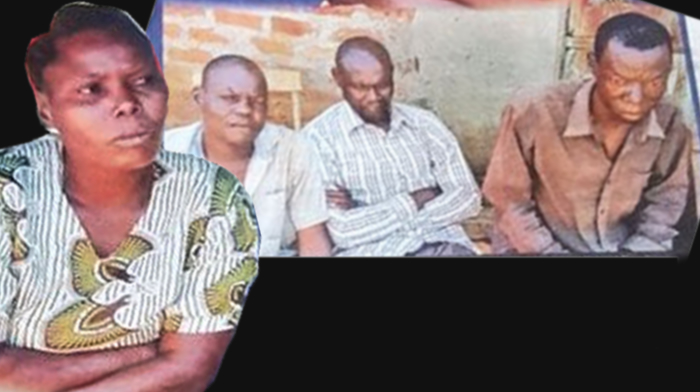 Ann Grace Aguti marries three men
Ann Grace Aguti, the Ugandan woman who became a viral sensation after she got married to three men at once, has denied them conjugal rights.
Revealing why she took the decision, she disclosed that she is ready to chart a new course after becoming a born-again Christian.
The Ugandan woman turned a new leaf after accepting her father’s decision to end the polyandry relationship with her husbands identified as Enyaku, Alich and Oluka.
Aguti however disclosed that her first husband Enyaku tried to manoeuvre his way back but she denied him his conjugal rights citing change of heart, according to NewVision.

GOD IS MY HUSBAND NOW!!
In her words:
“I want to thank Vision Group, which I believe must have been sent by God to save me from the dark world,” she says. “You may think the exposure has brought me shame, but show me any other woman in this village whose name is in the newspapers?” she asked. “I am yet to get over the warmth of my husband, but God is my husband now,” Aguti says.
The pregnant mother of three, last week, caught the world off-guard when Sunday Vision broke the news that she married three men in her home. Her exploits, however, left her father, Pastor Peter Ogwang and his Ikarebwo-Ikaalen clan, uncomfortable, especially after one of Aguti’s husbands attempted to cut her head off.
They chased the men away. However, one of the husbands, Michael Enyaku, recently returned. “Enyaku returned with an introduction letter, but I have denied him conjugal rights. I am now focused on serving God,” Aguti says.
She adds: “Unless he stops drinking alcohol, he will remain in my compound, but sharing a bed with me will not be possible.” Aguti has embarked on bettering her life instead of looking just after a horde of men. 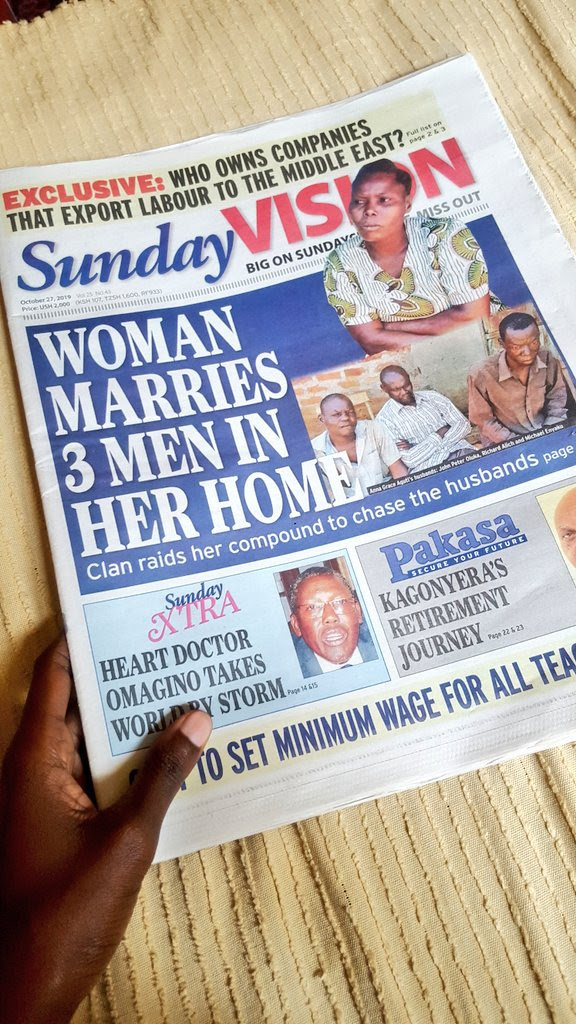 Sunday Vision found her in the village market making purchases. “I am now able to save and buy goats and other household items, which I could not afford before because as breadwinner I had alot of responsibilities,” Aguti says.
Enyaku, who was hesitant to speak to Sunday Vision, said he has returned to take care of Aguti’s pregnancy. “Whatever Aguti tells you is final,” Enyaku said.
“Even if she decides now to chase me or recall the other men, I cannot stop her,” he said.
Top Stories