The federal government has announced the suspension of diesel and petrol supply to filling stations close to all Nigerian borders. 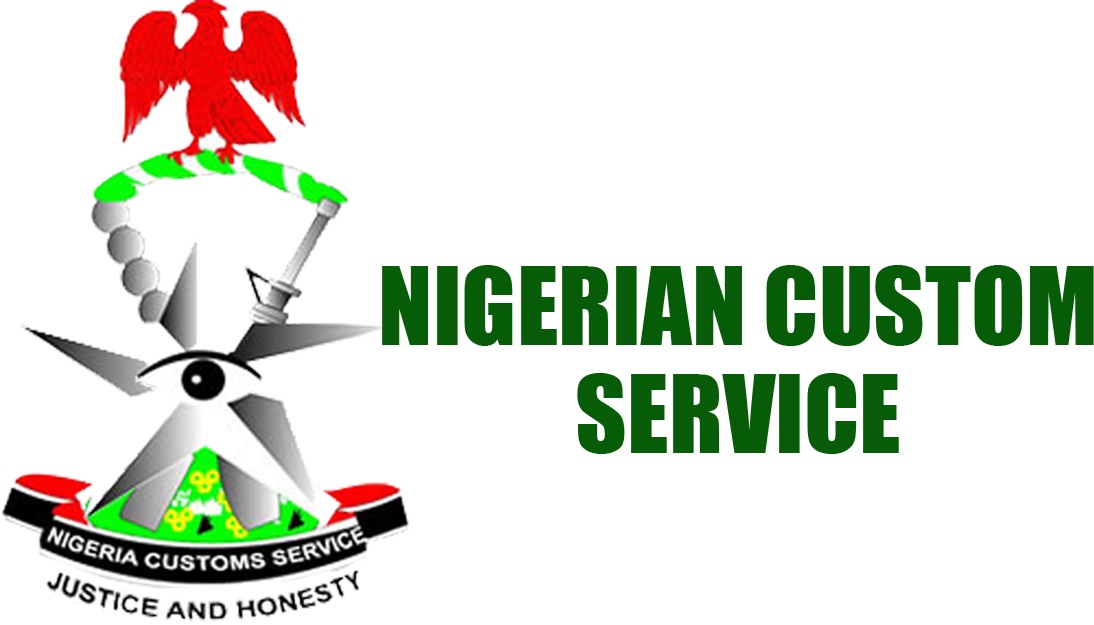 In what may be described as a final offensive in its fight against smuggling, the federal government through the Comptroller-General of the Nigeria Customs Service, Hameed Ali on Thursday announced the suspension of diesel and petrol supply to filling stations within 20 kilometres radius to all Nigerian borders.

The Spokesman of Customs, Joseph Attah who confirmed the development to Daily Sun on phone, said the directive has been given to all commands through Chidi A,  the Deputy Comptroller-General Enforcement, Inspection, and Investigation Customs, on Wednesday in Abuja.

The circular, dated November 6, 2019, titled, ‘EII/2019/Circular No. 027 Suspension of Petroleum Products Supply To Filling Stations Within 20 Kilometers To All Borders’, addressed to “all zonal coordinators, operation swift response, sector coordinator 1,2,3 & 4, customs area controllers, coordinators CGC strike force teams, coordinator, headquarters strike force teams and all marine commands, said, “The comptroller general of Customs has directed that henceforth no petroleum products no matter the tank size is permitted to be discharged in any filling station within 20 kilometers to the border.

“Consequently, you are to ensure strict and immediate compliance please.”

Attah said the move was in strict obedience to government’s desire to safeguard the economy of the nation.

Since the launch of Exercise Swift Response in August, the Petroleum Products Pricing Regulatory Agency (PPPRA) said the volume of premium motor spirit (petrol) consumed daily in Nigeria has dropped from 61 million litres to about 50.22 million litres, an indication that the bulk of it was smuggled to neighbouring countries by recalcitrant stakeholders for profiteering.

However, most entrepreneurs living within the border communities see the move as a death knell.

Akanji Nurudeen, a businessman living in Badagry area of Lagos said life has been unbearable for him and his fellow entrepreneurs because they can no longer sell their wares in neighbouring countries in line with existing ECOWAS trade protocols.

“I see footwears in Ghana. Since August, my business has been down. It’s been hellish for me. Now, no petrol to move around. Does the government want to kill us?”, he queried.

See a copy of the circular below: 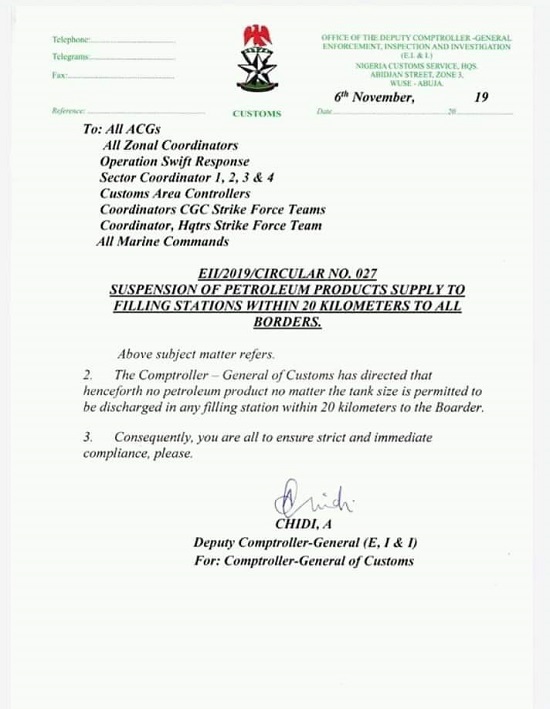