This policeman was seen rolling on the floor and laughing after being drown in much alcohol. 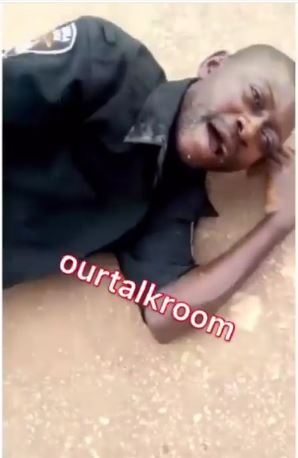 The policeman in question

According to viral short clip uploaded online recently, a heavily drunken Nigerian police officer was spotted on the floor.

He was filmed in an unconscious condition on the floor as he answers questions from a man who filmed him and asking about his gun. He jokingly said he doesn't have a gun because he is not qualified.

This has got some Nigerians talking as many call for the leadership of the Nigeria Police Force to sanction him appropriately. 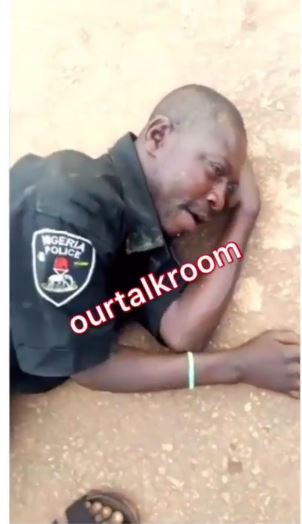 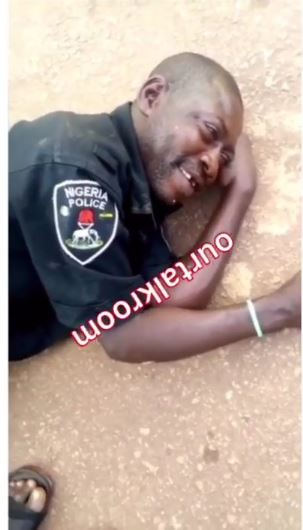 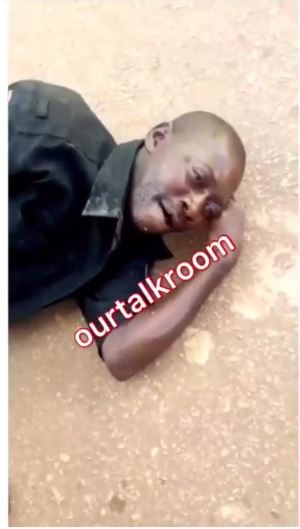