A mentally-challenged woman based in Bayelsa has given birth to a bouncing baby, with the father unknown. 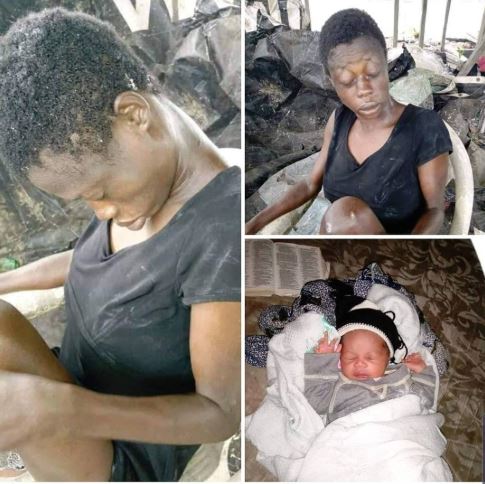 The woman and her child

She was reportedly forced to go and have her baby in a local clinic because she refused a certain well equipped general hospital in Yenagoa where a certain Non Governmental Organisation (NGO) provided for her for free, simply because everyone was starring at her there.

Yes, it is real people, some men go around and prowl on vulnerable women like this.

Is Buhari Going To Resign Over Insecurity? Check Out What The FG Is Saying
Popular Stories